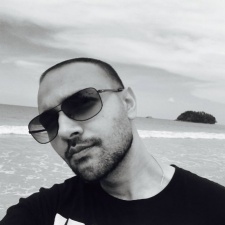 PocketGamer.biz: Could you tell us a bit about yourself?

Om Tandon: I have 14-plus years of holistic experience, building teams, processes, pipelines, and creating massively entertaining and monetising experiences for the world's best-known IPs, including Disney, 20th Century Fox, Hasbro, Marvel and many more.

I was also Creative Director at education gaming startup, Tap to Learn, which was an alumni of Y-Combinator, a world-leading start-up boot camp (Incubator of Airbnb and Dropbox) 2012 batch.

With a BSc (Hon) in Economics & Behavioural Economics backed by a Masters in Advertising, users and their journey is pretty centric to my approach.

I believe in building product experiences from the ground up. I am fascinated and passionate about UX design and research both as a strategy implemented at a product's origin, when it is being conceived, keeping it UCD-focused, and fixing what's broken in existing products.

Having a background in Behavioural Economics and Graphic Design helps me bring a balanced view to design solutions, keeping in mind users' needs and aesthetics of the overall design.

What topics will your session cover?

The talk will focus on defining a holistic pipeline both at the strategic and tactical level, involving multiple stakeholders, on how to build complex prototypes which mimic real game behaviour for testing core loops, complex features, player accessibility and learning early in pre-production, working collaboratively with product, game designers, UX designers, art and UI disciplines.

This gives UX teams the ability to rapidly test multiple versions of a feature or core loop and have it playtested with real players before they hit development, saving millions of dollars in production.

As a UX director in my current studio, where developer time is precious, I have developed a cross-discipline teamwork methodology and pipeline that enables us to rapidly iterate and test prototypes, without writing any code.

I will show examples of how to build prototypes of varying complexity, from casual and midcore to hardcore games, how to engage different disciplines like GD, UX, art and UI at different stages, initiating rapid design sprints to design and validate the optimal player experience.

Tell us a bit about the company.

Founded in 2012, DIGIT is Ireland’s largest games developer, home to a talented team of over 70-plus people and the creator of free-to-play mobile strategy games.

Our first game, Kings of the Realm, became a top grossing game in over 50 countries. Our second title, based on a phenomenal IP, is now in development, due to launch soon.

I manage and mentor the UX and UI team on day to day basis, responsible for UX pipeline, process, user testing brief, user research, budgeting, hiring, UI quality and usability of our products.

With AR, VR and MR gaining traction these are the most exciting times to be making games.

Working with team leads and multiple stakeholders across disciplines like product, GD, UX, UI and devs, all the way from game pre-production to production.

I am passionate about creating deeply immersive worlds and making experiences that transcend reality and aspire to inspire people to fulfil their potential.

It's a high risk, high reward industry. You do this because you love making games and the creativity it demands of you. So being passionate is the number one ask.

Play a lot of games, go to games industry events like PGC, GDC, network a lot and specialise in an areas that fascinate you like art, code, UX , hame design or production.

Get into a course, hone your skills. As hiring standards in the industry are getting higher and higher, make sure you come prepared.

It is exploding with a mix of opportunity, talent and technology. The games industry is poised to make $137 billion in revenue this year, compared to Hollywood which is poised to make $46 billion, so we are three-times the size of the movie industry.

With AR, VR and MR gaining traction these are the most exciting times to be making games.

1) More commercial success for AR and VR games and apps. The Walking Dead and Jurassic World franchises walking in the steps of Pokemon Go and finding success is a good indicator.

2) Player maturity is a concept I have extensively blogged about this year.

The most recent example is King's Candy Crush with Friends. It has more matured gameplay of character and shard collecting, along with introducing casual players to mid-term and long-term goals.

3) There will be more consolidation mergers and acquisitions, along with newer IP titles appearing in the market.

Quite a bit! There is more prosperity, financial success, sustainability and lot more people playing games today than when I first started out.

It's true that we still live under the threat of studio closures and infrequent long crunch hours, but the support system is bigger.

The industry has grown massively in size, there is more investment pouring in, with newer disciplines like analytics, UX and product being added to development.

We now have processes giving us more control over the outcome of our games and can do a course correction, which makes things as much science as it is art.

This predictability helps create an industry which is more sustainable, scalable and empowers both the developers and the players alike.

Which part of Pocket Gamer Connects London are you most looking forward to and why?

This is my first time attending this conference. I look forward to taking it all in and can talk about favourites next year!