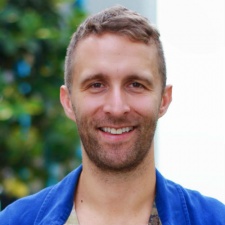 Even if you have the stomach (and deep enough pockets) for it, the life of an angel investor is stressful and lonely.

However, at least you are in control: of the companies you invest in; and how much of your personal worth you invest.

In most cases that means you invest in small amounts - relatively small amounts in VC terms, at least - into companies with which you have a strong personal connection.

Of course, you’d like those deals to go well. That’s personal validation in every respect. But if they don’t, you’re just losing your own cash and only have yourself to blame.

Taking the next step up and professionalising your investing activity by spending other people’s money is something else entirely, though,

Time to scale up

After all, Suuronen has personally invested into 14 companies, including the likes of mobile game devs Futureplay and Traplight, which in subsequent funding rounds have raised over $120 million.

The Berlin-headquartered, Polish-operated company - which despite the crazy name - has disrupted the mobile social casino market and is now valued at over $500 million. That’s a far cry from its $10 million ranking when Suuronen first invested in 2015, also becoming a board member in 2017.

And this change in valuation is a key element to Play Ventures’ genesis.

“Some of my friends invested in Huuuge Games and they’re pretty pleased now,” Suuronen smiles.

“But the result was I got a lot more requests from people who were interested in investing with me.”

Formed together with fellow Finn Harri Manninen (who sold his studio Rocket Pack to Disney in 2011), the pair has raised over $30 million, including from fellow game entrepreneurs to kickstart their combined activity as Play Ventures.

Some of my friends invested in Huuuge Games. They’re pretty pleased now.

Given both its founders are Finns (although Suuronen lives in Singapore), Play Ventures will have an inherent Scandinavian bias.

“Wherever I live in the world, I hear about all the Finnish startups,” Suuronen laughs. “But talent can be based anywhere.”

For that reason Play Ventures’ aspirations are global. Suuronen predicts the geographic split of its portfolio will end up along the lines of 50 percent Europe, 25 percent Asia and 25 percent North America, with 6-8 deals of up $500,000 expected to close per year

More specifically, he’s interested in emerging markets boasting good development talent but lacking a strong investment community. Examples cited include Vietnam - “I was blown away by the quality” Suuronen says - and Poland, which he knows well thanks to the Huuuge Games connection.

Similarly, most deals are expected to be in the F2P mobile game sector, with perhaps a third PC-focused and the remainder emerging opportunities including blockchain.

“We’ll look at any platform,” Suuronen says. “But I still think there’s a lot of opportunity in mobile. We’ve seen that with the rise of companies such as Small Giant and Voodoo over the past couple of years.”

In that context, the biggest challenge for Play Ventures in the coming years won’t be finding deals. It will be finding the right deals at the right valuations.

“Oh, we’re very picky,” Suuronen says when asked how it will compete in a market that’s awash with early stage investors, all desperate to shell out their capital.

Sometimes the biggest value-add we can make to companies isn’t the money.

He says his experience in gaming means he typically talks to company founders before they’re even formally looking for investment.

“The Futureplay investment happened because Jami [Laes, CEO] dropped me a message saying ‘Can you help?’,” Suuronen says.

As a former game designer, he also says he’s more interested in talking to a company’s co-founders about details such as matchmaking and level balancing than seeing their investor deck.

Indeed, often when he first talks to companies there’s no deck at all.

“Yes, I’ve done deals where the company doesn’t have a powerpoint. Actually that’s one of my superskills; I can help put those together when companies are doing their Series A or B investments,” Suuronen says.

“Sometimes the biggest value-add we can make to companies isn’t the money.”