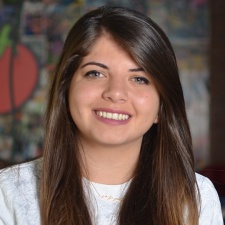 Suradi has four-plus years experience in creating localised and usable online experiences by reflecting the world around her and exploring various fields through collaboration and relentless creations.

Her unique skill set in localisation, design strategy, user research, user interface design and usability testing has made her one of the biggest key players in shaping the mobile gaming industry in the Arab region.

Suradi currently leads the UI/UX department at Tamatem, one of the leading mobile games publishers in the Arabic speaking market.

Design and data are intertwined. It can help designers create user interface and experiences that are tailored to what user want in a game.

In the MENA region, UI/UX is a whole other ball game! Everything needs to be localised to fit the culture and traditions of the Arabic speaking world. Localised and well-designed UI/UX can retain Arab gamers longer, making them spend more time in a game as well as increase monetisation.

This talk will discuss what it really takes to localise art, cosmetics and UI/UX for users in the MENA region using data.

I’ve been in the UI/UX department at Tamatem since 2014, I started off doing basic UI designs for some of our older games. As the company started to grow, I started taking on bigger tasks and get more involved in UX. Fast-forward to four years later, I’m currently leading the whole UI/UX and design department.

In the MENA region, UI/UX is a whole other ball game! Everything needs to be localised to fit the culture and traditions of the Arabic speaking world.

I work closely with almost every department at the company and hold every product’s vision by designing user experience and interface, screen flow, wireframe and UI mockups.

All of this is done in order to clearly illustrate how the game feels, functions and looks moreover, the bigger part of my role is to localise all art aspects of the game along with my team.

Before releasing a new feature or game, we always try to maintain and increase user satisfaction by conducting surveys to collect feedback.

This makes all of our designs data driven and not based on what we think looks good, it’s what the users want.

I have always been fascinated by the evolving nature of games, especially how each player ends up with a different journey and experience playing the same game. This is one of the driving forces that keeps me excited and challenged to design.

If you’re already a gamer, then keep playing games. Get familiar with the industry by always reading about new trends, technologies and even other companies. Learning from the experiences of others is very important to grow in this field.

As a designer always try to put yourself in the shoes of a normal user, if you don’t see a successful end result don’t be afraid to start all over again.

The games industry has been significantly growing worldwide and especially in the Middle East. Over the years online payments have become a lot more popular and secure in the MENA which has encouraged Arab users to spend more money on gaming.

The MENA region’s gaming industry is already expected to be worth $2.3 billion in 2022 with Saudi Arabia in the lead.

As for UI and graphic design trends we are starting to see more gradients, vivid colours, bolder fonts and even metallic effects.

Over the last year, we have seen amazing games come to life with breakthrough technologies that we didn’t expect to see in a million years.

It’s been very obvious that with games like Fortnite and PUBG that cosmetics are on a rise. Developers have been trying to catch up on this trend and it seems like people are not just paying to win but also paying to show off.

In one of our card games called VIP Baloot, our users wanted more cosmetics so we started creating customised card packs with super localised art that showed great results.

As for UI and graphic design trends we are starting to see more gradients, vivid colours, bolder fonts and even metallic effects.

I believe developers should start to focus on highly engaging games with more focus on social aspects, this is something we have experienced in Tamatem. Socially integrated games are performing much better than the one with limited social features.

I’ve only been in the industry for five years now but I have seen a lot change, especially in the MENA region. Over the years, many wireframing and prototyping tools were created to help UX designers test how their games would look like in real-time without writing a single line of code.

Devices gained huge processing power and game engines are integrating new technologies that are making it faster and easier to create impressive visual effects and graphics.

With this increase in game quality, we have also seen a lot of Chinese developers pushing to compete with Western developers. In the past, Chinese studios and developers only focused on their own market, but now it has become a must to create amazing and innovative games to compete worldwide.

There has been also a lot of need for multiplayer games, after Clash Royale came out everything changed.

Single-player games like Temple Run are not as relevant as they used to be, it's all about competing with real-time people. Epic Games added a lot by creating a battle royale for mobile that changed everything this year!

I am very excited to be a part of PGC as one of the most important events in the industry. It’s my first time attending and I’m looking forward to represent Tamatem and tell people how we localise UI/UX for the MENA based on data.

I'm also looking forward to networking with companies like Supercell and Rovio.