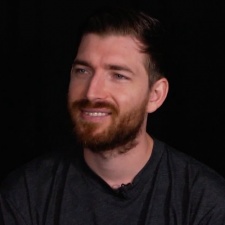 In today's Speaker Spotlight we're talking to Gamejam CEO Christian Calderon, who will be on a panel to discuss the keys for success in hyper-casual and messenger games at PGC.

Calderon is a data-minded marketer with a passion for econometrics and video games. His professional specialty lies in predictive modeling for freemium products.

He started his career as an investment banker, where he completed over 30 transactions totalling over $3 billion in value. After banking, Calderon joined KIXEYE, a San Francisco-based games studio, to lead their revenue team. Calderon then served as VP of marketing and revenue at Dots, a New York City-based mobile games studio where he launched the hit game Two Dots.

Calderon then joined Ketchapp as their chief revenue officer, a Paris-based games company with over one billion downloads that was acquired by Ubisoft in 2016.

Calderon is now the CEO of Gamejam, a Vietnam-based game studio focused on building fun and beautiful mobile games.

My background is in predictive modelling, but as the CEO I also touch everything from game design to office administration. My main goal is to make sure my team is happy and productive.

I got tired of wearing a suit.

Don't be afraid, just go for it.

Ketchapp paved the path for hyper-casual, with both Voodoo, Lion and a few others following on with major success.

We started to see some consolidation in the ad tech space with a few notable acquisitions and mergers, particularly in ad mediation.

Way more games publishers will enter the market, thousands of more development studios will continue to accept hyper-casual as a genre and build these types of games. We'll continue to see growth in the number of indie developers as well as better content from them.

Ad technology providers meanwhile will either continue to consolidate or explore to new areas along their growth pole such as publishing.

It's been a bit like the fashion industry, I've seen trends in game categories come and go, as some fashion trends get popular, go out of style, and sometimes comes back.

I have seen strong overall revenue growth and consolidation in the mobile ads industry particularly amongst ad networks, this trend can also be seen in the CPMs and ad-based monetisation within games.

Knowledge and principles of user acquisition has become more democratised around the world, however the secrets of scaling keep changing and is still somewhat of a taboo topic.

I am mostly looking forward to my panel: 'Keys for success in hyper-casual and messenger games'.

Developers are inserting "stay at home" messages in their games