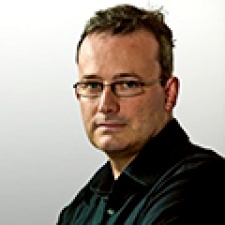 Digital Legends Entertainment who brings high-quality multiplayer shooters to mobile, innovation being one of their key pillars. A pivotal moment for the company arrived when their 3D hack’n’slash game Kroll was announced in the same Apple Keynote in which the App Store was presented.

Recently the team decided to move away from third-party development and focus on their own IPs: The third-person cartoon-style The Respawnables and the cutting-edge realistic Afterpulse.

Carrillo-Costa is involved in the Spanish games industry as the co-founder of two key games development associations: DEV (currently VicePresident) and DEVICAT(currently President).

At PGC he'll take part in a panel called 'What Is The ‘Gold Standard’ For Live Ops / Living Games?'.

The best quality on multiplayer shooters is no longer a console exclusive. This was the challenge that Digital Legends took on and adopted as their philosophy. Throughout the years, the studio has been keeping quality and innovation as their main pillars.

As a result, they are now an international reference in mobile shooters and one of the most sought-after studios to test state-of-the-art technology.

Digital Legends Entertainment has worked many years for big Industry players such as Electronic Arts, Disney and Adidas, either developing flagship titles or their key IPs.

One of the many things that makes this studio unique is their proprietary game engine, Karisma, which is one of the most powerful in the market. Karisma, makes possible outstanding graphics on mobile devices which players thought were only possible on consoles, creating an immersive and unparalleled experience for shooter game lovers.

These high-quality standards gained the attention from many technology partners such as Sony, Samsung, Google and Apple, which invited them to announce Kroll, Digital Legends’ 3D fantasy adventure hack’n’slash game, in the same Apple Keynote in which the App Store was presented.

The pivotal moment for the company arrived when they chose to focus on their own IPs and became a studio specialised in high-quality multiplayer shooters developed from the ground up for mobile devices.

The Respawnables marked the beginning of this new era for the company. With over 45 million downloads, this third-person cartoon-style shooter is now a consolidated IP. The Respawnables triggers the imagination and fandom of the lively community, who love creating fan theories and rich background stories about the game universe.

Afterpulse has been launched for iOS and Android, a hardcore tactical shooter with cutting-edge, realistic graphics and an innovative monetization system, which is particularly successful in the Asian market. Afterpulse has won multiple awards and it has been featured in the App Store Editor’s Choice in most countries becoming a great example of how realistic shooters are not exclusive to consoles and computers.

Other important elements to their games’ successes are the community engagement and fluent conversation that allows the studio to understand players’ motivations and challenge them with weekly content releases.

Developing mobile shooters is extremely challenging as you must surpass critical areas such as graphics, real-time multiplayer-pvp, free to play monetisation, and smooth touch control systems on the top of having fun gameplay.

Digital Legends Entertainment has thrived in this demanding adventure thanks to a strong, international and multidisciplinary team with many years of experience in different areas of the videogame industry. This fusion of industry veterans, emerging talents and passion for their work is the key to their success.

I work with very talented people, gather and unify all their feedback to define the vision and strategy of the company and games and also help them with anything they need to create great games and technology. I do everything that is required to make things happen.

I didn't. I started working in the games industry as something temporary to help a friend that needed someone to take over on development and ensuring that the game was shipped (it was a PC game called Severance: the Blade of Darkness published by Codemasters) and I ended discovering an amazing industry.

The reason why I want to work in the industry are: amazing people from different areas working together as a team, following the evolution of a project from an idea to concept and game, permanent innovation in gameplay, hardware and business models that forces you to have a mindset adapted to work on an ever-changing environment, technology: we live always one to two years ahead.

It is a really tough and serious industry, with probably the highest standards in terms of quality and with a very demanding audience. But at the same time if you are passionate about games it is the most rewarding place to work

I am more focused on mobile. AR, Blockchain and IA are the new buzzwords... let's see how these finally impact on games.

Traditional players that were against F2P seem to be more comfortable with Season Passes. The shooter is finally blooming on mobile.

First a saturation of shooter with Battle Royale (some of them with known IP's) then a consolidation. As a consequence, a big portion of players will be trained to use the two thumbs control. Both will lead to other types of shooters.

AR will win over VR. More IA into UA and to define users segmentation and offering.

I started when mobile games were played on Java and the first native games were developed for Symbian. I have been through several big revolutions: we were the first company ever to use motion capture for a mobile device for the fighting game "ONE" launched on Nokia N-Gage and that was sold on physical MMC cards at retails stores.

I was on stage with our game KROLL on the Keynote where Apple announced the AppStore. We saw the revolution from physical keyboard phones to the first touch screen devices. From walled garden distribution through operators (developers were receiving less than 20 per cent revenue share) to the open distribution with Apple (and 70 per cent revenue share).

From premium games to F2P... we did the first launch of a Sony Android phone and featured in their ad for the Superbowl. We did the iPad launch with Bruce Lee and the Apple TV launch with Afterpulse. As we say, we are software, hardware and business model agnostic since this is an ever-changing industry and we are sure to see many more revolutions to come.

The 'connects' part: the networking and the shared knowledge.