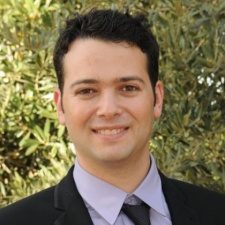 Guy Ulmer: Founded in 2009, Plarium Global Ltd. is dedicated to creating the best mobile and social experience for hardcore and casual gamers worldwide.

We have 250 million registered users and employ more than 1200 individuals. We are headquartered in Israel with eight offices and development studios across Europe and the United States.

Our games are available on iOS and Android, as well as all major social networks, including Facebook, VKontakte, Odnoklassniki, Mail.ru and web browsers. Some of our titles include Lost Island: Blast Adventure, Vikings: War of Clans, Throne: Kingdom at War, Total Domination and more.

Plarium was acquired by Aristocrat in October 2017 and operates as a wholly owned subsidiary.

My role is to research the latest technology trends in the industry to see what can be of value for Plarium's various studios and games. I also keep a line of communication with partners such as Apple and Google to ensure our games best cater to their platforms and audience.

Coming from both a gaming and technical background, it's something I’ve wanted to do since I was still in school. The video games industry is fast-moving and there's always something new and interesting to experiment with. Even at a young age, it's what I always thought will be the future of entertainment.

Making video games requires both passion and persistence (people tend to forget that second part), whether you go at it alone or as part of a large team. But the industry (and the audience) is amazing and full of talented people.

Never be afraid to talk to people, seek advice, and ask for feedback because that’s how the best ideas are developed.

We're seeing a lot more cross-pollination between PC, Mobile, and Console platforms: Fortnite's success and Epic's own vision to allow cross-play between platforms is probably partially responsible for that, but it also has to do with better underlying services and tools that increase productivity, and mobile platforms becoming more technically capable (thus luring mobile players towards more 'core' gameplay experiences).

We're also seeing what is a very dynamic industry. This means some sad stories of studio closures, but also immense success stories of games catapulting into mainstream success

As the next generation of consoles is on the horizon and will set new trends for the next decade, everything is possible. But with multiple parties in the industry pushing for both cloud game streaming (Google, Microsoft, EA, Sony, Nvidia) and for a 'buffet-style' downloadable game subscription services (EA Access, Game Pass, Discord Nitro), we're bound to see some additional movement in that direction.

On PC we're also starting to witness the beginning of a price war between game clients, with multiple parties offering developers a bigger cut than the 70 per cent industry standard, together with better discoverability tools and communication options for both the audience and the developers.

Would that also propagate to mobile and consoles where the platform holder has a tighter grip on the store? We can hope so.

It's simply becoming bigger, on both regional and global level - so there are more markets and opportunities, but also additional competition and more ways to interact with your audience. You need to think global but also compete global, meaning that you can't just lean back and rest on your laurels anymore.

But at its core, I think the industry remains the same, and the people who stick in the long run are the ones that always had the passion for games.

It's my first Connects event, so I want to say 'everything'. But what I really hope is to find some free time in such a packed event schedule to just take a stroll in the expo area, and maybe find a nice game to sample. After all, it's all about the games, isn't it?