“It has never been better for indies" 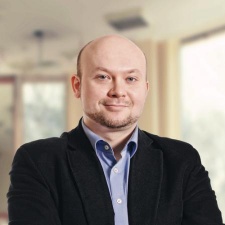 Finland-based independent studio Panzerdog is made up of a core team that features developers with anything between five to 10 years’ experience in the games industry.

After developing and releasing Warhammer 40,000: Space Wolf at HeroCraft, Sergey Kozyakov and Alexey Sazonov left the company to create their own studio. From here the pair raised $950,000 in seed investment to help bring their vision to life.

Panzerdog looked at the single-player casual market and decided to make five-versus-five multiplayer shooter Tacticool. In development for a number of years, while also placing second in one of Pocket Gamer’s Big Indie Pitch events, Tacticool takes inspiration from a variety of titles including DOTA 2 and famous shooters.

“It has been conceived as something like top-down Battlefield and Counter-Strike,” Sazonov tells PocketGamer.Biz

“We've tried many things, but the vision above has remained. One thing that didn't work for us was innovative controls. It turned out people didn't want that. In hindsight, we should have tested and seen the brutal day one player retention data earlier on.

“One thing that remained is the easy controls that do not give much of an advantage to people playing on emulators and those connecting a keyboard and mouse. Plus, the game basically runs server-side and is almost impossible to hack. All that seems like a nice opening into esports.”

Coming from a business development background while previously co-founding Russian studio Krabwerk, Sazonov takes care of everything from the external side of the company. When it comes to the day-to-day running’s however, Kozyakov is in charge.

“He's the head of the studio, creative director of Tacticool and also a very cool art director," says Sazonov.

"We’ve got a super awesome team as well. I'm very lucky to have the chance to help them make games.”

I have no revelations to make, but there's one certain thing - don't be shy to reach out to people and ask for advice.

Though Tacticool has gotten off to a strong start, as well as receiving a strong critical reception, Sazonov admits there “it's a new challenge almost every day”.

Tacticool has been confirmed to have reached four million downloads worldwide since its launch at the start of 2019, bringing in an average monthly revenue of $1 million. Still, success for Panzerdog is not just to do with sales, but it means making a difference in the gaming space.

“Being able to help other games developers and not ask for anything in return. With this we could then hopefully return all the favours to all the fine games developers from around the world and those from Finland in the first place, all while making genre-defining games," says Sazonov.

Competition is undoubtedly fierce in the games industry, with a number of high-profile companies laying off staff in recent times, but Sazonov believes it’s still the best time for independent games developers.

“It has never been better for indies: cool engines, self-publishing opportunities, seed investors," he states. "But it's also very competitive times of rapid change.

“Everyone needs all of the possible tools to test the idea at its earliest, then test the prototype as soon as possible.”

When it comes to actually ‘making it’ as an indie, Panzerdog’s CEO has no hidden secrets.

“I have no revelations to make, but there's one certain thing - don't be shy to reach out to people and ask for advice.

“One huge challenge that will always be there at any stage is finding great new people to work with. It will never be easier even with more money, so start finding these people and networking with them as early as possible, maybe years before the inception of your first game or company.”

Going forward the studio has substantial plans for Tacticool. Already the number of people in its employ has been boosted to 20 due to the game’s success.

“Clans, tournaments, events, a new mode and more cool stuff in the game… more variety, more modes. We'd love to come to more platforms as well… and we need to grow as a team to make the Tacticool of our dream," concludes Sazonov.