“Hyper-casual isn’t a phase, it’s a culture shock for the whole mobile industry” 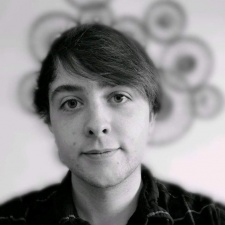 Hyper-casual is more than a fad and publishers in the space had better be prepared for the long haul.

That's according to Draw It developer Kwalee's publishing manager Jack Griffin, who believes some developers are being taken for a ride by companies looking for an easy win before the hype fades.

Since launching in March, Draw It has been topping charts with over 30 million downloads to date. That's no huge shock for Leamington Spa-based studio Kwalee, but it has helped prove the company's faith in its games.

“We had a lot of confidence in the game and feel that it's really unique,” says Griffin. “It achieved number one overall in the US for two weeks and stayed in the top 10 for over two months, achieving over 30 million downloads so far.”

Draw It’s rapid success has given Kwalee's team a morale boost, pushing production forward on other hyper-casual games the studio currently has in development.

“Achieving success with a unique game like Draw it is really motivating everyone here to push the boundaries of what a hyper-casual game can be," he says.

Hyper-casual has become one of the fastest-growing trends in mobile gaming and it only looks set to continue through the rest of 2019.

For developers and publishers in the space, that popularity brings its own set of challenges and opportunities.

“Hyper-casual is really hitting its stride and the space is becoming more and more competitive," says Griffin.

"The market moves incredibly fast and keeping up with trends whilst also making a game that is unique enough to grab people's attention can be a challenge.”

Griffin adds that the sector is only going to become more crowded, particularly as more businesses move into publishing.

“There are a lot of really talented developers out there who don't necessarily get the opportunity to put their game into the spotlight due to a lack of financial resources or marketing experience," he explains.

Hyper-casual is really hitting its stride and the space is becoming more and more competitive.

More dangerously, Griffin warns that inexperienced developers are being taken advantage of by publishers jumping on the trend.

Practices like capped revenue shares and long-term exclusivity are said to be rife in the hyper-casual space and Griffin says developers shouldn’t have to put up with it.

“The challenge from a business side is making it widely known that this shouldn't be an industry standard and it's something Kwalee is working hard to demonstrate," he states.

The rapid growth and continued evolution of hyper-casual means that finding the right publisher is more important than ever.

Much of hyper-casual development involves quickly prototyping, iterating and scrapping projects until a developer finds the one that sticks - a far cry from the more traditional, gradual burn of larger game production.

“I would strongly recommend that developers find a publisher who can help make their game stand out, and work on rapidly producing prototypes that contain a core mechanic and slight polish on the visuals," says Griffin.

"You have to keep trying until you find one that works.”

None of this would matter if hyper-casual games were a flash in the pan, but Griffin is quick to shoot down such claims. He says while there has been talk in the past about the genre being just a phase or a fleeting trend, he strongly believes that isn't the case.

With the genre here to stay, then, Griffin feels developers and publishers need to be prepared to stick in for the long haul.

That means less short-term cash grabs from companies looking for a quick buck and more relationship-building between developers and publishers. Building a solid partnership that gives developers the space to create the next hit is a net positive for all involved.

“We want to continue to demonstrate to the market that as a publisher it's beneficial to help developers learn," says Griffin.

"To share the information and expertise that publishers have at an early stage to help direct developers towards producing successful prototypes and games.”

Hyper-casual games play into the core appeal of mobile gaming. They're quick to download, simple to control and they're attracting audiences outside of the traditional gaming sphere.

Griffin doesn't see the space going anywhere anytime soon. And while hyper-casual games continue to dominate the download charts, Kwalee plans to be right there with it.

“The incredibly broad audience for these types of games isn’t going anywhere and if anything that audience continues to grow in 2019," he states.

"Hyper-casual isn’t a phase, it’s a culture shock for the whole mobile industry.”