Javier Ferreira on being audience-first 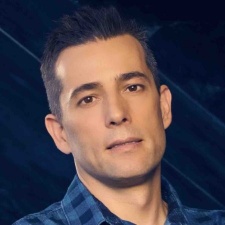 Long ago, so long ago it seems like another age (but it was only 2012), the rise of free-to-play mobile games resulted in a strange resurrection: publishers.

Seven years on, both companies have modified their business models somewhat, but still refuse the term ‘publisher’. Scopely is now a “leading interactive entertainment and mobile games company” while Tilting Point calls itself a “next-generation games partner”.

Nomenclature aside, both are thriving, especially Scopely.

From With Buddies to The Walking Dead

Scopely’s upward trajectory hasn’t been without bumps along the way though.

Early release Mini Golf Matchup was fun but not a massive success. Perhaps it’s now best positioned as a worthy precursor to Warner/Playdemic’s Golf Clash: just another game before its time.

Similarly, Dice With Buddies was well put-together but didn’t quite have that zing. Ultimately, it didn’t matter. What did matter was it was good enough to catch Hasbro’s eye.

Scopely’s next hit was very different, however. Dropping the cutesy With Buddies theme, The Walking Dead: Road to Survival (released in 2015) is highly focused core game co-developed with Canadian outfit IUGO.

It’s generated over 200 million downloads, was Scopely’s first title to hit $100 million in lifetime revenue, and cemented the company's strategy of making games based on external licences.

With all our games, we think about serving an audience. We’re not IP-first. We’re audience first

Scopely’s games since have used IPs ranging from Wheel of Fortune and Ellen DeGeneres to WWE. (A game based on the Breaking Bad TV series was soft-launched but eventually canned.)

“We look at IP as providing the framework for an audience,” comments Scopely’s co-CEO Javier Ferreira, who joined the company as COO in 2014 from Disney Interactive.

“With all our games, we think about serving an audience. We’re not IP-first. We’re audience first.”

He adds that while using an external IP provides more certainty, “there’s nothing preventing us from making a game using original IP".

What’s been really impressive, however, is how adept Scopely has become at choosing IP other companies have overlooked or underestimated.

Recent release Looney Tunes: World of Mayhem is a case in point. Characters such as Buggs Bunny, Daffy Duck and Elmer Fudd have global appeal (at least among a certain demographic) but are no longer considered top dollar.

Yet, combining that canon and its characteristic cartoon slapstick violence with the gameplay and metagame of a turn-based strategy RPG results in a surprisingly coherent experience.

“I think many people viewed Looney Tunes as a kids’ IP. We don’t,” Ferreira says.

“It’s mass-market. The game has a large DAU base. It’s for everyone and we think we can leverage that appeal while adding more core elements in terms of the gameplay; ‘mass core’ if you like.”

But it’s the release of Star Trek Fleet Command that demonstrates the full potential of this approach.

You have to understand the IP more deeply and craft the experience that the audience wants.

Developed by Dublin-based DIGIT Game Studios, into which Scopely invested in May 2015, and fully acquired in May 2019, the game takes the well-worn, incredibly deep metagame of 4X titles such as Game of War, combining it with high-end 3D graphics and a much stronger level of immersion.

The Star Trek licence - the game uses the rebooted Kelvin Timeline - is the piece that ties everything together in a way that would be almost impossible to do with an original IP.

Scopely hasn’t been the only company attempting this sort of synergy, of course. Warner Bros’ Game of Thrones: Conquest and Disruptor Beam’s The Walking Dead: March to War are two similar 4X mobile games using high-profile IP, while Zynga attempted something similar with its internal Mafia Wars reboot.

Yet the fact Mafia Wars - like Scopely’s own Breaking Bad: Empire Business - was canned in soft launch, and March to War was closed down within 18 months, points to just how difficult it is to get this type of game to work thematically and commercially.

All of which throws the success of Star Trek Fleet Command in sharp relief. It’s Scopely fastest-launching title ever, generating $50 million in its first four months, and propelled the company’s overall annualised revenue run-rate to “well north of $400 million”.

“It’s a very large and complex game,” Ferreira explains of the title which has now been in development for four years.

“We could have launched it earlier but we spent a lot of time focused on the experience. Our attitude was always retention-first and it’s worked. The KPIs are through the roof.”

What’s really impressive is how adept Scopely has become at choosing IP other companies have overlooked or underestimated.

In terms of how the Star Trek IP helped, Ferreira says the strong lore and passionate fanbase provided a foundation. What was also important was “no-one had previously delivered against the IP’s potential in terms of a mobile game”.

Ironically perhaps, before Fleet Command, the previously most successful Star Trek mobile game was Star Trek Timelines, developed by Disruptor Beam and ‘published’ by Tilting Point. But as a narrative RPG based on the 1960s TV series, it was always more niche.

“You have to understand the IP more deeply and craft the experience that the audience wants,” Ferreira says.

Success only comes if you can also combine this with usual F2P mobile game essentials such as live operations in terms of in-game events and special retailing to maintain fan interest.

Jewel in the crown

As with Star Trek Fleet Command, it’s taking its time and making sure the experience - called Temple Run: Treasure Hunters - chimes with an existing audience that’s measured in the hundreds of millions. In this task, it’s working with developer Mediatonic (who it also worked with YAHTZEE)for and original IP holder Imangi Studios.

Originally soft-launched in 2016, the game was eventually withdrawn and has been reworked into a much more welcoming experience, both in terms of art style and UX, and is now back in public testing.

“Yes, we've been working on this for a while but the soft launch is coming on nicely,” Ferreira says.

“We’re data-driven so we always look to the data to evolve a product to get the KPIs we need in order to be able to scale the audience. We’re still on that journey.”

And, more generally, Ferreira says it’s this sort of committed approach to game development that characterises Scopely’s rise as a company actively open to combining its internal strengths with the expertise of others.

“We’re not constrained by our talent,” he says.

“Balancing internal and external capabilities has been instrumental to our success because we can come up with an idea for say a strategy game including deep space exploration and then find a partner with that expertise.

“Certainly it’s more complex. You have to do the hard work to ensure you have a single game team but together one plus one results in three. We have found this to be a very powerful strategy.”