"You need to get your face out there, showing off your games and build a small community to champion it all" 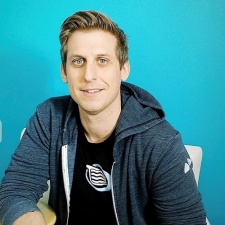 Building off of an already established intellectual property can be a double-edged sword. In some respects, you have a name that people recognised and can associate your company with. In other ways, it can be difficult to branch out and make something different from what an audience is expecting.

The Super Stickman Golf series has been going strong since 2011, with two sequels all brining golf-centric chaos to mobile. Taking the single-player element away and focusing upon multiplayer, developer Noodlecake released Golf Blitz to concentrate on the frantic nature of the game.

With teams, events, leaderboards, seasons and more available, the studio has its work cut out as it takes its first swing at maintaining a "games-as-a-service" title.

As part of our Indie Spotlight series, we spoke with Noodlecake Studios COO Ryan Holowaty about transitioning to this new business model as well as how the company came about in the first place

Ryan Holowaty: The bulk of the original team actually all worked together at a web development firm in our city back in 2008/2009. The iPhone came out that year in the US and we were watching things unfold from Canada, not being able to buy one until 2009. At that time, the games category was killing it on this new thing called the App Store.

You might have a degree in computer science but you might have to help with marketing, game direction, audio or whatever it takes to ship that game.

Pretty much all of us has some history of games but being in rural Canada, we were five hours away from the nearest development studio. To us it seemed like you had to actually be shipping a disc or cartridge to make games but with the App Store and Steam that all changed with digital distribution.

So we took a stab at just making a fun prototype style golf game to see if it would stick. That game blew up in a medium sort of way and because of it, we decided to really go all in on that game and turn it into a full-fledged title.

After launch it did well enough that our co-founders took the leap and left the place we were working and set up shop officially.

It is ever changing but the biggest constant is we all accept that on any given day, you wear the hat that you need to on that day. You might have a degree in computer science but you might have to help with marketing, game direction, audio or whatever it takes to ship that game.

Triple-A studios have huge teams with specialised skill sets and where X team is focused on say designing the hair on characters heads and that is it. With a small indie shop, you have to be willing to get into almost every stage of the development.

Breaking through the noise and being taken seriously was a big hurdle early on. The best way to do this is to talk to as many other developers both in person and online as you can.

You will be amazed how many will be willing to share knowledge and help you out in any way they can. And that just opens more and more doors. Eventually, you need to get out there, show off your games and build a small community to champion it all.

As expensive as conferences like GDC can be, they have been vital to our success in meeting the right people in our industry to help us get noticed.

We used to send blind emails to sites like IGN just hoping for something but after meeting editors at GDC one year, suddenly those doors opened. The same thing happened with Apple, Google, and more.

Most indies forget about marketing their game, even if it is just networking and this is a huge mistake. If you can’t talk about why your game is awesome, hire someone to do it for you. Else no one will ever find it.

We have a number of metrics. Being both a publisher and a developer, we look at game launches at different angles sometimes.

Apple has been trying to revitalise the premium game scene with Apple Arcade. The trick is getting on Apple's radar which can be easier said than done.

For example, the easiest metric for us is if we made enough money to make the next one. That really is the one we strive for. It doesn’t need to make anyone rich, but if we can grind it out and make enough to create something else cool, then that is a win.

It’s a harsh landscape these days. The hyper-casual boom has basically dominated the mobile stores and if you don’t possess a huge UA budget, you need to create a more games-as-a-service-style title to keep players engaged for a long time.

If not, the attention span of a mobile player can be very short and you can get lost in the mass of games that come out each week.

Premium titles have also been on a nose dive over the past five or so years, with most mobile users not willing to pay for anything upfront. Luckily though, Apple has been trying to revitalise the premium game scene with Apple Arcade. The trick is getting on Apple's radar which can be easier said than done.

Golf Blitz is a huge game that we hope to support for a few years - if not more. It’s our first true attempt at a games-as-a-service-style experience that is constantly evolving. So, because of that, we need a team dedicated to working on it and our current plan is to figure out what those teams will look like.

On top of that, we have another game called Motorball that is using similar tech as Golf Blitz but is more akin to a 2D top-down Rocket League.

Our publishing arm is also working on some great titles with indies all over the world. We have titles coming both in and outside of Apple Arcade and we excited to share some of these gems we have been sitting on for a while.

We like staying small and having ownership over an entire game and having more money to just blow up the team size isn’t all that appealing. I think what we would want to do is spend most of the time and money working on something new.

Make stuff and release it. So many indies I talk to never get their games to market or spend way too much time trying to perfect their first game and it hardly ever pays off. Just make something cool, release it, move on and repeat.

The odds of an indie having a smash hit with their first game is basically zero. You will learn so much about all phases of the industry if you just get it out there and try again.