If you don't enjoy the process and experience of game development, there are far more likely paths to wealth 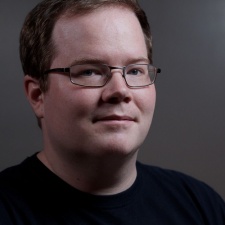 This week, we spoke to Steel Crate Games co-founder and developer Brian Fetter about the studio bringing party puzzler Keep Talking and Nobody Explodes to mobile alongside how the firm formed after meeting at a game jam five years ago.

Brian Fetter: For most of my career, I was an enterprise software developer. I never saw game development as a possible career path until my friend introduced me to a local independent game developer meetup called "Dirty Rectangles".

I began learning how to use Unity to build simple apps for my Oculus Rift development kit, and so after having met this group I started doing small game jams and making little prototypes.

Eventually, I went to Global Game Jam in 2014. It was a 48-hour event where the goal was to build a game from start to finish in that time based on a theme.

It was at this game jam where Allen Pestaluky, Ben Kane and I came up with Keep Talking and Nobody Explodes. After the game got a lot of positive feedback, we all decided to start working on it as our full-time jobs.

On a typical day, I’ll arrive at the office around 10:00 am where we start with a short stand-up meeting with the team: Allen Pestaluky, Ben Kane and Taraneh Dohmer.

We'll quickly go over what we worked on the previous day, and what we are planning to do. After that, there's usually just a big list of tasks to take care of and we all work pretty independently. What those tasks consist of will change a lot depending on what stage the project is at.

If you don't enjoy the process and experience of game development, there are far more likely paths to wealth.

Early on in a project, there are lots of planning meetings where we decide how we’re going to approach problems. In the middle of a project, most of my tasks involve working in Unity and Visual Studio to implement features or fixes that we'd agreed on. Later on, as we get close to release, there will be a lot of testing, bug fixing, and release prep.

We make every effort to make sure we’re not spending too much time at work. Having a good work-life balance is a goal we strive for as a studio.

There are plenty of interesting design and technical challenges that we've had to address. For instance, making Keep Talking and Nobody Explodes play well on a touch screen was a tough problem for us to solve.

But when I think of our biggest challenges, they’ve usually been about figuring out what kind of studio we want to be. We've always wanted to stay small. We feel that works best for us. But we’re conflicted by this too. At times, our project goals aren't practical for a small team.

Success, for me, is having a studio that is financially sustainable and can work on games that I feel good about. It's also having a team that I enjoy working with. Success is also being able to travel to different conferences and events and the opportunity to be part of a community of other game developers.

I think most indie developers would love it if their game made them a lot of money, but it doesn't make a lot of sense to make it your success condition. If you don't enjoy the process and experience of game development, there are far more likely paths to wealth.

This is the first time any of us have published a game on mobile. We've reached out to other developers for advice and overall were left with the feeling that there's still a lot of uncertainty about premium games.

It is a very competitive marketplace. You aren't just competing against other premium games but with high budget free games that spend millions of dollars advertising.

Our goal with releasing Keep Talking and Nobody Explodes on mobile was to make our game more easily available for people who would be interested in playing it and so we'll be happy if we do that, even if we don't end up topping the charts.

Could you tell us about your Keep Talking and Nobody Explodes?

Keep Talking and Nobody Explodes is a game where one player is trying to defuse a bomb but has no idea how to do it. Other players have a manual that has all of the instructions on how to defuse any kind of bomb, but they don't get to see the bomb.

I’d rather explore smaller game concepts without the concern of their commercial viability hanging over me.

It is a communication game where the player with the mobile device needs to say what they see and the other players need to tell them what to do, and all before time runs out. We've been out on other platforms for a little while now and we've been pretty successful with over a million total copies sold. Bringing the game to mobile always felt like an obvious choice.

It was one of our more challenging ports because we really wanted to make sure that even on the smallest phone screens you wouldn't accidentally hit the wrong button or cut the wrong wire because mistakes are punished pretty hard in the game. We had to make pretty big changes to the way the interface worked, but in the end we’re confident that we were able to make the game feel as good as it does on our other platforms.

We will continue to support Keep Talking and Nobody Explodes we are excited to start prototyping new game ideas. I think there is a lot of unexplored space in cooperative multiplayer, so that's definitely one area that I'm interested in. It’s a bit too soon to say what our next game will be but I'm really excited to get the chance to figure that out!

I still don't think I’d want to have a giant team or the complexities of a triple-A project. Instead, I’d rather explore smaller game concepts without the concern of their commercial viability hanging over me. Games that don't have a market yet because there aren't other games to compare to. Games that no sensible or responsible person would be comfortable investing in.

If you're self-publishing you will be dealing with large multi-billion-dollar corporate partners in order to get your game on their platforms.

Despite the fact that the companies typically have mountains of policies and procedures that can feel pretty rigid, at the end of the day you are dealing with people who just want to feel good about their jobs. Making those people's jobs easier and making it known that they've helped you can go a long way.

If you give them a strong case for why they should champion your game, it makes it easier to sell it to their bosses. If you let them know when they've helped you it can make them more fulfilled and can help them justify their role.

If you are understanding when something they promise doesn't work out, they'll feel better about approaching you in the future about opportunities that they can't fully guarantee. All of this can make a difference for the success of your game on that platform and it might make another person's day a bit brighter.