It's this the year for mass adoption 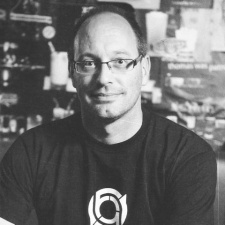 Sam Watts has been working in and around the games industry for nearly 20 years, having previously worked for NCsoft, Gamania and Zynga, overseeing quality of production and output.

For the past 5+ years Watts has been exploring and evangelising emerging immersive technologies, engaging with clients and partners to foster growth of the studio and validation of beneficial use cases within enterprise training.

We caught up with Watts to talk about the future of VR, the importance of networking, and how every day for him can be like Christmas.

PocketGamer.biz: Could you tell us a bit about Make Real?

Sam Watts: Make Real is an award-winning, leading immersive technology solutions provider, working with global enterprise partners in and around training and simulation, learning & development and entertainment and gaming.

Founded by veterans of flight simulators and the games industry, Make Real places emphasis on realism, accuracy and effectiveness of simulations using AR and VR devices.

I have three key pillars of activity: running our internal R&D team, 'The Drawing Board', designed to keep the studio ahead of the competition and exploring new technologies as we get our hands on the prototypes and dev kits.

This is enabled by my second key area of focus, fostering and expanding relationships with key hardware partners to ensure access to the latest technology is possible.

Finally, I manage all the external comms for the studio, from websites to blogs and articles, social media channels and events planning and operations.

Typically on a day-to-day basis, I can be found in our VRLab space, unboxing something new and exciting like it's Christmas Groundhog Day or showcasing our immersive experiences to clients, partners and interested organisations.

Like many people, I thought being a player of games meant that a job in the games industry was a logical, fun option.

With a methodical, constructive mind, I wanted to be directly involved with shaping and releasing games that were of high quality and wide appeal beyond the stereotypical fare. Not being an artist, or designer, or developer however, it initially seemed like there wasn't a place for me.

Via QA and software testing, I soon realised that wasn't the case and once in, discovered a whole wealth of other roles in and around the process of getting a game into players hands.

Network, network, network! It's hard to do and get going but it really helps to attend as many games industry focused events as possible and get to know people who are already working in the industry.

We're all very sociable and approachable and we were in your shoes once, so know exactly how nerve-wracking it can be at the start. But before you meet people, be prepared, have a portfolio available where relevant and be ready for the unexpected.

Opportunities can arise at any moment but believe in yourself and your skills to garner respect for what you can offer.

I suspect many have mentioned the rise of streaming and subscription services especially with Google Stadia on the cusp of (an admittedly slim) launch.

Whilst uncertainty around Brexit and whether it will or won't happen has hindered some growth and recruitment from the EU, the industry as a whole seems fairly joyous and upbeat with many studios hiring and growing, well at least in the Brighton area they are.

On the VR side, where we operate, growth of location-based arcades has continued, whilst some venues just offering consumer games available at home have struggled, bespoke, unique experiences that support shared space multi-user setups have really shone.

Oculus seems to have shifted around 500,000 units of Oculus Quest in half a year since launch, selling them as fast as they can make them, suggesting that perhaps 2020 will see VR continue to leap across the chasm to wider adoption.

Many are waiting to see what Google Stadia will offer post-launch, and how developers survive with subscription and streaming business models like Apple Arcade.

Hardware sales will likely continue to slow as consumers await the next holiday period for PS5 and/or the next Xbox.

With the low latency standards for 5G due to be finalised before the middle of the year, we'll start to see more momentum around support and benefits of the technology as more compatible devices come onstream.

Although backwards compatibility has been confirmed, I hope to see new devices in the Sony PlayStation VR ecosystem and maybe even Xbox will finally join the VR party?

Since starting nearly 20 years ago, the main shift has been from high street retail bricks and mortar with physical game boxes filling shelves to digital storefronts and more recently streaming services meaning you don't even own or maintain the game data locally when not playing.

Whilst the power of the high street has diminished, with many stores closing, merging or shrinking offerings, the digital stores still seem to be priced in the publisher's favour without seeing numbers decrease as a result of the supposed reduced costs of operations and publishing. Especially so with a connected world where gamers constantly question the value of a game title related to cost and length of experience.

But there's still the race to the bottom in price point with mobile gaming coming across to other platforms, driving F2P player wallet wrenching "gameplay" mechanics and loot boxes that blight game design today.

Networking with the other speakers and industry folk I know, and meeting new ones I don't. Meeting people keen to get into the industry and hopefully enable them to realise the balance of existence for smaller studios involves a variety of titles that aren't all necessarily 100% games.

Of course, being able to excite more people about immersive technologies and get more developers and companies onboard with making content for the various devices.

At Pocket Gamer Connects London 2020, Sam Watts will be giving a talk called "Augmenting you business for reality - how to adopt AR at scale".

To find out more about the show, and to secure your tickets, click here.