"It takes time and skill to succeed" 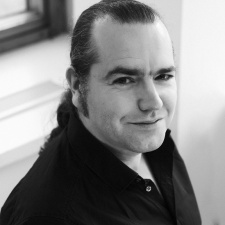 His work with his own studios and companies such as Codemasters and Jagex spans a huge range of game genres and platforms from ZX81 to Apple Arcade.

We caught up with Hare to talk about Tower Studios and how poorly made clones are ruining things for everyone.

PocketGamer.biz: Can you tell us a bit about Tower Studios?

Jon Hare: Tower Studios is a developer and publisher of games on a variety of platforms. It has had four number one games to date, the best known of which are Speedball 2 Evolution and Sociable Soccer, which is currently available on Apple Arcade.

I am CEO of Tower Studios and work as Creative Director and Head of Business for all of our titles.

Been doing it for 35 years, it has been my only career.

What advice would you give to anyone wanting to get into it?

Make sure you are committed and talented, it takes time and skill to succeed.

It is better for developers due to less competition and a few new platforms with money to spend.

Hugely, I started in 1985. Currently the biggest problems for developers are too many games on the market and difficulty in securing advanced payments during development, neither of these were a problem back when I started.

The good thing about the modern market is that it is once again open to a huge variety of titles. From 1995 to 2005, the market was not so open to original IP, so it's good to see new ideas back in vogue again.

At Pocket Gamer Connects London 2020, Jon Hare will be part of a panel discussing the post-Brexit games industry in the UK. For more information, and to book your tickets for the event, click here.