"If at any point during this process, the game does not meet our requirements, we stop development" 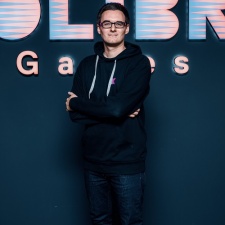 This week, we spoke to Kolibri Games product director Gordon Büttner on the development and launch of Idle Restaurant Tycoon, the latest entry in the Idle Tycoon series.

PocketGamer.biz: Can you start off by telling us about Idle Restaurant Tycoon?

Gordon Büttner: Idle Restaurant Tycoon is about managing and building up your very own Restaurant Empire. We wanted to try out something new with the game and moved away from our signature "three bottleneck system" that we utilised with Idle Miner Tycoon to a more complex system with a heavier focus on the management aspect of running a business.

This time around, players have to balance and manage the different parts of their restaurant in order to keep it running smoothly. For example: upgrading the kitchen enough so that the cooks can deliver the food to the customers in time, or building enough tables to fit all incoming customers, or upgrading the entrance or reception desk to process hungry customers in time.

If at any point during this process, the game does not meet our requirements, we stop development and start on a new project.

In addition to managing these connected bottlenecks, players can keep upgrading and customizing most equipment in their restaurants – from the ovens in the kitchen all the way down to the plates that food is served on.

By earning enough cash, players can then unlock new parts of their restaurant (a milkshake bar, for example). Each component of a restaurant contributes to a star rating (similar to Michelin stars). Earning enough of these stars enables the player to unlock entire new restaurants and become a real Idle Restaurant Tycoon.

Historically, we have always tried to choose themes and settings for our games that resonate well with a broad audience and are accessible and easy to understand. For Idle Restaurant Tycoon, we knew early in the process that we wanted to create a more complex management simulation compared to what we had done so far.

Before we started working on the project itself, we had a shortlist of potential game themes that fit the gameplay and core mechanics we had in mind – and eventually, the restaurant theme seemed like the best fit.

We started working on Idle Restaurant Tycoon in June 2020. The plan was to release the
game globally in early December, which gave us around six months. We onboarded a few
new team members along the way, but the team size has been between nine to 12
people.

The biggest challenge we faced was the rapid shift to a fully remote workstyle due to the global Covid-19 pandemic. Another challenge we had to overcome was the new 3D isometric art style that we use in Idle Restaurant Tycoon. We had only developed 2D games so far, so our artists, game designers and developers had to adapt to this new style.

For all new games we develop, we have established a "gated" process consisting of several milestones that a game has to pass through on its way from prototype to release. If at any point during this process, the game does not meet our requirements, we stop development and start on a new project.

All the way through development, Idle Restaurant Tycoon met the criteria we had set as goals so we decided to keep working with the global release as the biggest milestone. In terms of feature and content scope, it's never easy to decide when a game is truly ready for release.

At Kolibri Games, we have always valued the games-as-a-service approach to development greatly, which means we keep supporting the project with new regular releases and content updates even after launch. With Idle Restaurant Tycoon we are following a similar approach. We are planning to release continuous updates with new features and content for players to enjoy.

We aimed for a launch in early December because development had come to a point where we felt that the game was ready for launch in terms of its feature and content scope. This timeline fit us well since December has historically been a strong month in terms of performance for us as a company.

We went for early December specifically because the whole month is a very competitive one on the mobile market: The closer you get to Christmas, the bigger the competition.

In general, our goal is to develop generation games, games that are successful for many years and are played by young and old anywhere across the globe. For Idle Restaurant Tycoon, we put a big focus on the management aspect of running a restaurant and all the challenges that come along with this.

I can imagine the game also resonating well with fans of classic management simulation games such as Rollercoaster Tycoon which I’ve personally always been a big fan of.

As mentioned before, the Covid-19 Pandemic forced us to shift to a fully remote workstyle from one day to another. This brought about a number of challenges for us as a company but also on the Idle Restaurant Tycoon team.

We used to work very onsite-driven and rely heavily on the upsides that came along with working together in the same office, most notably the lean and agile communication loops. However, the team was able to adapt really quickly to working from home. We developed Idle Restaurant Tycoon fully remotely, all the way from prototype to global release.

As a substitute for our team room in the Kolibri Games headquarters, we set up a virtual room on Zoom that everyone could connect to at any given time. This helped us to keep communication and collaboration flowing smoothly.

We soft-launched the game in October in several GEOs, in order to gather initial feedback from players but also to collect data on the performance of the game. After analysing both feedback and data we were able to make informed decisions on what aspects of the game had to be improved or changed further for the full release.

One of the main takeaways from the soft launch period were optimisations we did to the game’s tutorial. We noticed that a significant amount of players were getting stuck at a specific point early on. We worked on some improvements to make that part of the tutorial easier to understand and more intuitive which, eventually, led to more players successfully completing the tutorial.

While analysing some of the data, we also noticed that fewer players than expected were engaging with one of our main ad placements and we could not really figure out why. We went back and watched recordings of players playing the game, including audio recordings of them voicing their thoughts, and noticed that most players seemed to entirely miss the placement due to it not being highlighted enough visually.

Eventually, our artists made some visual tweaks to highlight the importance and we were able to increase engagement with the feature.

How happy are you with the games launch so far?

Based on the soft launch and the data we have gathered so far we’re very happy with the game’s performance. Of course, there is always room for improvement. We will keep on improving the game in terms of new features and more content even after the launch – there is still a lot ahead of us!

At Kolibri Games, we have always followed a games-as-a-service approach to development. An important part of this is of course a live ops schedule. We’re going to launch Idle Restaurant Tycoon with weekly in-game events in the shape of event restaurants. These are time-limited events where players will have access to special cuisines and have to race against time to get as far as possible for a chance to get powerful rewards.

Another important part of a games-as-a-service approach is regular content and feature updates. For Idle Restaurant Tycoon, we’re already working on additional content such as new restaurants that we will release after launch. A lot of our future plans will also be based on the initial feedback we get from our players.

During 2020, we have shifted our focus from almost exclusively improving and expanding our existing live games to putting a lot more emphasis and resources on prototyping new games and expanding our portfolio – Idle Restaurant Tycoon is a result of that. Moving forward, we will keep working on new and exciting titles and will continue to push the boundaries of the idle genre.

Why Kolibri Games' Daniel Stammler believes Call of Duty: Mobile's continued success is one of the big winners in 2020

Kolibri Games is expanding with a new studio in Romania