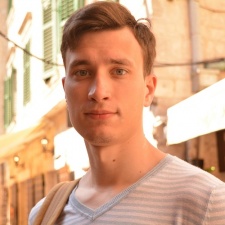 This week, we spoke to Banzai Games producer Mikhail Dragovalovskiy surrounding the development Shadow Fight Arena, the latest fighting title from the studio.

PocketGamer.biz: Can you start off by telling us about Shadow Fight Arena?

Mikhail Dragovalovskiy: Shadow Fight Arena is a fighting game with classic controls and real-time PvP on iOS and Android. The basic idea is to select a team of three heroes, jump into matching and quickly find an opponent who is suitable for your level. This is something that is so often lacking in PC and console games.

We started off with about four people and now there are roughly 70 people working on Shadow Fight Arena.

We are big fans of fighting games ourselves and have always wanted to create a full-fledged fighting game with PvP on mobile devices. We tested PvP in our previous game, Shadow Fight 3, but we quickly realised that in order to achieve a well-balanced PvP experience, significant changes would have to be made to the item-based RPG-system.

This is how the concept of Shadow Fight Arena came about - we decided to create a deeper combat system based on heroes and bosses from the Shadow Fight universe and build a new game around it. Also, when we first started the development we made a survey among Shadow Fight 3 players in order to find out what they would like to have most in the new game. All their most wanted features were implemented in one way or another.

The development process took about two years. The main problem was related to human resources as it was a real challenge to find experienced specialists that suited the needs of our project. In fact, it took us up until Q3 2019 to put the dedicated team together.

The team then grew throughout the development process. We started off with about four people and now there are roughly 70 people working on Shadow Fight Arena.

The most challenging task of all was making a PvP fighting game perform well via an unstable mobile internet connection. In general, fighting is a very demanding game genre when it comes to network quality. There are a lot of technical limitations and some imperfections only show up when the game is actually played.

Nevertheless, we eventually managed to make a full-fledged fighting game with classic
controls, top-end 3D graphics, realistic animations and synchronized PvP. It's fun and most critics and players agree that it provides an engaging PvP experience on mobile devices. As far as I know, there are no other projects on the market that combine all of the above features.

Many people say that it is necessary to start development with a prototype but few actually
do so. Our aim was to test this hypothesis for Shadow Fight Arena. To be honest, without a well- functioning prototype, we would not have continued the development.

To our surprise and delight, our prototype worked well almost from the start. We got a fighting game in which the characters are truly unique and differ almost as much as in MOBA and it was immediately fun to play. That’s how we gained the confidence to launch a full-fledged development.

We launched a closed beta test in February 2020 and improved the game step by step by listening to our fans and testing our own assumptions. By August, we decided that the game was ready to show to a bigger audience. Our next step was to open Shadow Fight Arena in Canada. As soon as we realised that the starting metrics were quite okay, we expanded the list of countries to further test the technical stability of the game.

It was the first time that we developed a game in such close collaboration with our players.

In addition, for the full launch, we wanted to implement a customisation system and a battle pass in order to finalise the basic concept of the game, which we can then further expand with live operations. Therefore, as soon as we felt that we would be able to complete everything by the beginning of November, we chose a date for the game release.

It may seem as though we planned to release Shadow Fight Arena exactly three years from the launch of Shadow Fight 3 on purpose, but in fact, the release times aligned coincidentally

We know that players appreciate us for high-quality animations and our serious approach to all projects. Many fans of the Shadow Fight series also played our parkour runner Vector, which became our first successful mobile game in 2012. That is why Nekki’s audience consists largely of long-time fans of our game series.

In total there are roughly 400 million people who downloaded and played Nekki’s games over the years. Also, we consider our target audience to be those who really enjoy competitive gameplay, so we assume that there’s an overlap with fans of games such as Clash Royale and PUBG mobile.

We all switched to working from home and got accustomed to it very fast. By the looks of it, it did not affect the development process whatsoever. In addition, part of our team was already working remotely, so we coped with this new challenge relatively easily. It's just a pity that we had just moved to a very cool new office in early 2020, which we miss a lot now.

We had an extensive closed beta test (CBT) period. It was the first time that we developed a game in such close collaboration with our players. The first CBT server opened back in February 2020 and now there are three of them - we decided to keep them in order to test and discuss new mechanics with our most loyal audience.

We really enjoyed this experience. The players gave us a lot of feedback about the game, such as being able to improve the technical stability of PvP, improve the balance of many heroes and the speed of leveling up. We went directly to the soft launch at the end of the summer - first in Canada and then Russia. From here we gathered the first data on payments and retention of a larger audience.

The launch was successful: we implemented all important features in time for the release version and kept our planned schedule. Some problems that need further work and fixing became apparent during this process - so in conclusion, for us as for most free-to-play games, the release is just the beginning of the development.

We are happy and pleased that this stage has passed and we have a clear understanding of our future goals for Shadow Fight Arena.

Shadow Fight Arena has a comparatively soft monetisation, so a high number of installs is a key goal for us.

We plan to add a lot more features in the coming year: new heroes, skins, new mechanics, new types of customisation. We really try to listen closely and value the player feedback in order to make the game better. Just before launch, we received many requests to add a "fight against a friend" mode and we managed to have it in the release version of the game already.

Since its release, the game has been downloaded about 1.2 million times and the number of active users remains quite stable, which is the main requirement for fast and level-appropriate matching. We understand that a lot of our fans got excited upon release, so our R1 was 72 per cent, but later it went down to more expected values.

The main task for us now is to increase the audience. Shadow Fight Arena has a comparatively soft monetisation, so a high number of installs is a key goal for us. Historically, our projects have always received many organic installs.

We noticed declining organic traffic and store featuring results due to some market and other changes. So as well as other developers, we are forced to adapt to these changes.

We are currently also developing a new multi platform project, Spine, that we announced in May 2020. Spine is a session-based team fighting game with real PvP in arena locations in a cyberpunk setting.

Two teams of three players each will be in battle at the same time. The player will be able to choose from a variety of characters with unique combat styles and abilities for melee and ranged combat. Particular attention will be paid to the spectacular combat and animation that we create using Cascadeur.