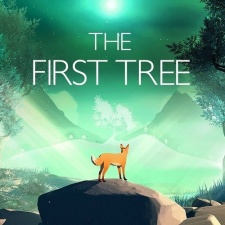 This week, we spoke to solo game developer David Wehle surrounding the creation of The First Tree, a third-person exploration title on Apple Arcade.

PocketGamer.biz: Can you start off by telling us about The First Tree?

David Wehle: The First Tree is a third-person exploration game about two parallel stories: a fox looking for her missing cubs and a son reconnecting with his estranged father. You play as the fox who can uncover artifacts from the son’s life in a dream-like world filled with magic butterflies, stones and creatures. It’s a poetic, relaxing kind of game with no enemies. It’s where the story, music, and atmosphere can be the focus.

It’s a healthy mix of fiction, but a lot of the game has to do with me losing my father unexpectedly to a heart attack when I was in college.

It came from a lot of my life actually. It’s a healthy mix of fiction, but a lot of the game has to do with me losing my father unexpectedly to a heart attack when I was in college. I was also learning to be a father myself around that time, so I put all those emotions and thoughts into this game about a fox. A lot of people ask “why a fox?”, and that’s because Fox is a family name on my wife’s side, a thus one of her favourite animals. At its core, my game is about family.

I was the only developer but since I was working a full-time job and learning to be a Dad, I licensed as many stock assets as possible to save time. I didn’t want to reinvent the wheel, but I also still wanted to give it my own creative touch, so I did a lot of modifying/customising when possible. My wife and I did all the voiceover work, which all culminated in about 18 months of working nights and weekends.

Almost any indie developer will tell you that staying motivated is impossibly difficult - even more so if you have a job and a family to take care of! So you work on it every day, excited about sharing it with the world, but because you’re so familiar with every flaw, bug, and annoyance, you start to doubt it and you give up on it. Only occasionally would I see a glimpse of what a new player would see when playing and that’s what got me through it.

I wanted to give up so many times and just watch Netflix and turn off my brain… but I kept with it for some crazy reason... and I’m really glad I did. Now my full-time job is making games, which still blows my mind when I think about it.

I could’ve easily spent years working on the game (or at least, the game could’ve used a couple more years of work), but eventually, you have to call it quits and stop being a perfectionist.

I worked on it pretty linearly, so the ending sequence is one of the last parts I worked on and that’s when I knew the game was at least presentable and satisfying. Having a powerful ending can help people look past the flaws so much easier.

Why did you feel this was the right time to launch?

The First Tree launched on Steam in 2017. The console ports took up all my time, then I went on a big YouTube escapade teaching people how to make games which was fun. Not long after, the itch to work on the game came back and I knew mobile was the last thing left I wanted to do.

It wasn’t possible until the Nintendo Switch optimisations were implemented before I then realised that the phone graphics tech had advanced so much that it was totally doable for a novice like me.

The reason the game was financially successful was due to it being a crossover hit across age groups. Adults who love Journey and Firewatch were eager to play it, along with kids who just wanted to play as a fox and explore a colourful world.

Having a powerful ending can help people look past the flaws so much easier.

I didn’t even know kids were playing it that much until I went to a game convention in Washington DC and met some young fans. It was such a fulfilling experience talking to them and hearing how they played my simple, narrative game almost daily.

No, thankfully. That’s one of the perks of working in tech is that you just need an internet connection really. I used to work for a VR company called The VOID and I do miss working with a great team who teaches and inspires you. There’s also the mental toll of working in a small basement room constantly, however I think that’s a struggle a lot of people are going through, unfortunately.

Since I had three years of people sending me feedback on PC and consoles, I had a bit of time to iron out all the issues. Playtesting is absolutely critical because I guarantee you that the testers help you find issues you never thought of.

The PC launch in 2017 was amazing. I was flattered that so many people enjoyed the journey, as I honestly didn’t know if people would like it because it’s a slower-paced game with little action, yet it showed up on the 'New' and 'Trending' tab within Steam for five days which is stellar. When it launched on console in 2018, I was able to quit my job, so yes, very happy with that - specifically, Nintendo Switch.

I’m very proud I was able to self-publish on mobile as well and the iOS port was definitely worth my time - mostly thanks to the featuring by Apple. However, Android has been the worst-performing launch by far sales-wise, so hopefully Google is interested in featuring it on the Play Store in future.

Again, a lot of the issues have been ironed out so it’s a pretty solid build but I do have some requests to polish the controller-compatibility for both iOS and Android.

Due to NDAs, I probably can’t share too much but I recently measured the units sold on each platform by the first week only and iOS was up there with PlayStation 4 and Xbox One which is awesome. I think paid, niche games on mobile definitely still have a place and are financially viable but featuring by Apple or Google is a must.

Getting that feature is a whole other topic, but I would say doing preorder/pre-registration helped get my game in front of the editor’s team and having a review from IGN in the game description helped turn some heads too. You basically have to brag as much as possible without being insufferable!

Almost all my time is going to creating an online school called Game Dev Unlocked, where I show people how to start, finish and market their first game. I also have a new game idea that I’m very excited about, although I probably need a year or two before I can show anything substantial.

The adventure of developing Slash Quest for Apple Arcade