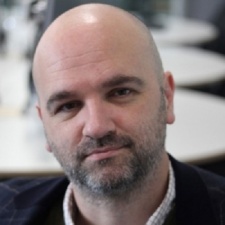 The conference spans five days and will feature a broad selection of tracks, talks and speakers, as well as various fringe events and the return of our meeting system. For more details on the event and to book a ticket, head to the website.

He will discuss how online games have the power to equip children with important life skills, particularly around understanding and using language responsibly; why children’s education needs to move away from test-based learning and focus on “failing successfully”; and what is needed to successfully reimagine education online which looks beyond the short-term effects of the pandemic.

Gordon Ross: Headquartered in London and founded in 2011, Kuato Studios is an award-winning, independent gaming studio dedicated to perfecting the balance between gameplay and embedded learning.

Kuato’s mission is to empower children and parents with education-based games that help children to learn within the environments they normally associate with entertainment.

Coming close to a decade of operation, the team has created 14 apps and games which have been number one on over 500 App Store charts worldwide. Over the years, the studio has built partnerships, developing titles for the likes of Disney, Marvel, DreamWorks and ITV etcetera. This year, Kuato Studios, raised £4.5 million ($6.2 million) from Horizons Ventures to support its shift into the VR market.

As head of new product development, I rapidly prototype new ideas and concepts alongside the creative director, CEO and lead designer. The goal is to identify core fundamentals that, when blended with rules and an appropriate theme, can become an educational yet fun product.

Leading the new product development team for games is a fun job, as it allows me to unleash my creativity to ensure how I can replicate environments children usually associate with fun and entertainment within an educational setting. At Kuato, my role is to use games as a vehicle to support children's learning and development.

I started coding video games as a four-year-old, shortly after I started playing them. I lived in a small town in the middle of the Scottish Highlands, so there was no video game store. I used to get my mum to take me to a computer shop in Perth, the next biggest town (which in 1981 was a 40-minute drive away).

I recommend working with other like-minded people to make your demos look and play very nicely.

They had magazines that had code for games in them; on the ZX81 and ZX Spectrum you could take the code from the magazines and write the games yourself.

I quickly realised you could make changes to what was provided and change the rules. I was basically hooked from that point; it was more like a “spiritual calling” than an ambition to “work”.

The most reliable way is to hone your skills to become a great artist, animator, or developer. I recommend working with other like-minded people to make your demos look and play very nicely. Showing a demo and being able to talk people through your contribution will really go a long way towards impressing people. It is very handy for review purposes to put your work up on the web where it is easy to access.

Another route is via quality assurance or a business role. For QA, generally, it is a case of showing that you have ambition, that you have a mastery of the spoken/written language or languages you will be writing your bug reports in and that you have the tenacity to test an unfinished product according to a test plan.

QA roles are a wonderful apprenticeship for many other roles and touch almost every area of game development over time.

With a global pandemic, online video games have played an increasingly important role in social activity and education has benefited from online video game resources. The change in mindset amongst the general population between online and offline has shifted so quickly that things will never be the same again.

The younger generations were already feeling this way, of course. For example, I know at least two people who were married after meeting via playing online video games. The older generations I feel have caught up now too and one of the main forums I have for talking with my mum, aunt and cousins is the game, Word On.

If we drill down into the appetite for specific innovations in the gaming market, sales of virtual reality goggles have risen by 350 per cent since the outbreak of the Coronavirus as people seek to escape the four walls of their homes.

As with everything else, the pandemic forced learning online in an unprecedented way. This has transformed and disrupted the education industry, where schools and teachers have been forced to rethink their usual methods of teaching.

Every time I encounter new ideas or new presentations of old ideas it offers me the opportunity to adjust my own perspective on the world.

With schools reopening and restrictions still in place, technology will have a pivotal role to play in the new hybrid environment. VR has the potential to transform classrooms in terms of how teaching is delivered, establishing itself as an important immersive storytelling medium.

Augmented and mixed reality still needs a better solution than Hololens 2 in order to enter the mainstream, so I think we are more than 12 months away from a cultural revolution with that.

The games industry has changed beyond all recognition. When I started, global sales were probably around a couple of billion dollars a year. Since then, I have worked on games that sold a billion dollars in their opening weekend.

In the 90s there was a huge injection of cash into the industry during the dotcom bubble and this, alongside Sony’s market entry, changed the business forever. The 90s were very rock and roll. Games were the dangerous new media on the block, and there was a mix of money, young people, “40-somethings” from finance and everything that goes with it rolling around.

In the UK until the 90s, the video games industry’s major sales event took place in a converted barn on a farm outside Coventry. During the 90s, everything changed with million-dollar pavilions in the centre of London with crowds of thousands of buyers and sellers from across the world.

Important for me was the mainstream cultural acceptance that went along with those changes, this was particularly important to my female friends who had often not discussed their games hobby at school for fear of ridicule from their female peers.

Meeting new people and hearing ideas I have not heard before, or existing ideas presented in a way that helps me understand something better than I did before.

Every time I encounter new ideas or new presentations of old ideas it offers me the opportunity to adjust my own perspective on the world. Connects is the type of event where a mashup of different views happens and that is important to keep any industry innovative and forward-thinking.