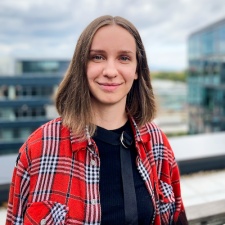 The games industry has received a reputation for being a male-dominated industry.

Pop culture often portayed those interested in games as men, but as more and more people begin to play games, especially mobile games, we have learned that this is not the case.

Not only are the people playing games evolving, but so are the teams that work on all aspects of creating a mobile games, from developers to CEOs, the industry is becoming increasingly diverse.

We spoke with Pixel Federation storywriter Patricia Pribolova about the challenges faced as a woman in the industry, such as how it feels to sometimes be the only woman on a team.

Pribolova grew up in a small town in Slovakia and then moved to the UK to study journalism and feature-writing. Her talent led to successfully publishing a short story in a digital collection, before working as a graphic designer and reporter for a few years.

Pribolova started working at Pixel Federation in 2015 as a story writer and narrative designer for what is now its highest-earning project, Diggy’s Adventure, until 2020.

Pribolova drew heavily on her graphic design and writing experience to branch out to several different projects over the past few years, including Pixel’s huge successes: Trainstation 2, Puzzle Adventure and other new in-development projects for the R&D department.

Patricia Pribolova: I’ve worked as a storywriter for several projects within Pixel Federation.

What it mostly entails is brainstorming story concepts and characters for new games based on market research, coming up with quests and storyline ideas for existing IPs, creating quest and other game definitions, editing and translating texts from level designers, localisation and communication with our translators.

It was never something I truly thought was an option, working in games almost seemed too good to be true. I happened to hear about an open position at the right time.

If you want to write for games, play a lot of narrative ones and try to think critically about them while you’re doing so

Since I had been working in media up to that point, and enjoyed creative writing and playing games, it seemed like a great opportunity and now I can’t imagine doing anything else.

I’m a big proponent of learning by doing. If you want to work in the games industry, play games or even join a hackathon. It really depends on which part of the industry you want to be a part of, as there are so many different facets.

If you want to write for games, play a lot of narrative ones and try to think critically about them while you’re doing so. Notice how they’re written, what works and what doesn’t.

I studied journalism and feature writing in the UK, so my studies weren’t game-related as much as they were writing-related. But since it’s a constantly growing industry, I’m sure there are more game courses now than there were 10 years ago when I was a student.

In Slovakia, when I was in high school, working in the games industry in my country wasn’t even really an option. Not like there is now and with opportunities, such as Pixel Federation’s innovative projects, there’s so muchmore opportunity for a young person in Slovakia to enter the tech industry.

I try to stand up for the female perspective when creating new game concepts for female audiences. Sometimes what male colleagues think women like is not really what women actually like.

In an industry that is so heavily male-dominated, I’m used to being either the only female designer on the project, or there are two at most. I am lucky that, at Pixel Federation, there is no hierarchy based on gender, but rather on experience.

I think the games industry has come a long way in recent years, people are starting to recognise the possibilities of working in it and not fitting into a certain type of mold of person. Personally, I know I’ve been lucky as Pixel Federation understands the importance of female diversity on projects, but sometimes it can be difficult to be the only female in the room.

Do you think developers should place a greater focus on inclusivity and diversity? In both recruitment and games themselves?

It’s not just one type of person playing games nowadays. The audience is diverse, and that diversity should be reflected in the games as well to relate to as many people as possible.

I think it’s really important for developers to consider inclusivity and diversity within game development and game content. For so many young people, it can be so important to their development to see themselves represented in the industry - gender, race and age inclusive.

Games themselves are reaching wider audiences now too. I think people are realising you don’t have to be a certain type of person to enjoy gaming, because gaming is opening up the barriers to every type, for every hobby and for any character.

We notice in our audiences, lots of middle-aged women love puzzle games for example, and lots of older men like the building and shipping games, so we drive our games in that direction to help the audience show us what they want and re-invest back in the games and our fanbases.

Do you think that efforts to improve female diversity within the games industry have been successful?

Gender shouldn’t matter when it comes to skills or competence, but diversity is important. Having a female perspective matters when you’re making a game targeted at a female audience and I think lots of game developers might lose this when planning their output.

That experience and point of view plays an important role in the way femininity is portrayed in games, something which I think the industry should and is starting to pay more attention to in a way that reflects feminine perspectives, not just male perspectives of femininity.

A lot of mobile games already have a mostly female audience, so I think women these days are more open and curious about games in general

I’m currently working on a project for a new game in development called Puzzle Adventure, which is a spin-off of our popular Diggy’s Adventure. The difference is that Puzzle Adventure is gender-neutral in marketing and the main character has some options to choose diverse elements when you are in gameplay.

With Diggy’s Adventure having quite a strong female audience, we wanted to create something that we knew would appeal to them, and also entice more women maybe of a younger age, and diversity and inclusivity are great elements to be able to include alongside our puzzle/mystery features.

I started working here as a novice, so the biggest challenge was working on my skills and industry knowledge and trying to constantly improve and learn.

What do you think can be done to help encourage more women to get into games?

Women should stop thinking what anyone else thinks about them. If they want to play games, they should play games. I don’t think it’s something that’s exclusively male anymore, nor should it be.

Games are supposed to be fun for everyone. A lot of mobile games already have a mostly female audience, so I think women these days are more open and curious about games in general.

What advice do you have for women that are looking at getting into games?

Don’t think you stand no chance getting into a game company. Send in your CV even if you think you lack experience or you think they won’t hire you because you’re a woman.

As long as you’re passionate about games, try. If it’s something you really want to do, keep trying until you hear a yes.