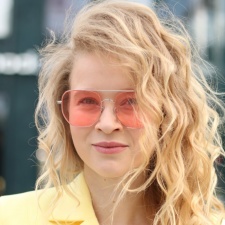 According to the UN refugee agency, UNHCR, the invasion of Ukraine has resulted in more than 2.5 million people fleeing the country. Several games companies, including Supercell and Rovio, have begun a cultural boycott of Russia, removing their games from the country. And charities and games industry luminaries have launched humanitarian initiatives to provide financial support.

But Ukraine-founded iLogos Games Studios board members Svitlana Sergiichuk and Nikolay Minaiev, chief business development officer and CEO respectively, and Natalia Kuz, head of production, wanted to speak with PocketGamer.biz on something very specific: taking their own stance on persevering in the face of adversity.

PocketGamer.biz: The deleterious impact on the Ukrainian games industry cannot be understated. How has iLogos adapted its operations, both in supporting its teams and business practices, since?

Svitlana Sergiichuk: On February 24, at around 5am, I got the message from a business development manager at iLogos about crafting a team composition for a new fighting game contract. I asked, "Why message me at 5am?"

They responded, "Well. I woke up with explosions at 4am and could not sleep any longer anyway. So, I sat down in a bomb shelter to work on the team composition for the game". This was the first morning of the war.

The impact of the war on the whole game industry’s operation was huge. From day one, each of our studios had to balance keeping their teams alive and healthy, providing the necessary support to our teams’ families and to members who decided to stay and defend their homes, and making sure projects are not paused and business is moving forward.

This is actually the second war experienced by iLogos Game Studios. The company was founded in Luhansk, Ukraine, the heart of the war zone during Russia’s invasion to Eastern Ukraine in 2014. A Russian missile was fired at iLogos’ offices in 2014, although luckily it was a weekend and no one was inside.

Back in 2014, we managed to relocate 300 game development professionals with their families to safer places. So, we were "lucky" to meet the second war prepared. Our work pipelines have been fully remote for the last eight years and, since the first Russia’s invasion in Donbas, our infrastructure accommodates distributed teams located in 13 countries.

We call this a fight, not on the battlefield but on the economical frontline

We also have the business processes for emergency relocation in place - while we were not able to fully utilise them for this war, it has at least given some certainty in coordinating the business in the first days. But regardless, it has still been a challenge!

I want to emphasise that not all studios were as prepared. According to gamedev.dou.ua, only 30 per cent of all the game dev companies in Ukraine were following a remote-first pipeline. Around half offered a hybrid remote/office work mode, while the rest have been working on the office-first model.

So there has been a lot of adaptation work, which remains in progress, for the game dev industry, and iLogos is actively cooperating with the other studios to help them adapt. This includes helping them switch to remote-first game production pipelines, establishing their own emergency relocation teams, booking group accommodation in the safer areas of Ukraine or in nearby EU countries, and organising rotation of their international and Ukrainian teams for backup.

Nikolay Minaiev: Working in days of war is a heroic act. We call this a fight, not on the battlefield but on the economical frontline, to keep the country’s economy and game development industry as alive as possible.

Because of this, our finance department has been working 24/7 to quickly serve the emergency financial support requests. Similarly, our international teams have also been working almost 24/7 on production to back up their Ukrainian colleagues who are relocating or temporarily cannot work due to serving in the Ukrainian Armed and Territorial Defense Forces.

Additionally, portfolio management is being updated on a daily basis, defining the most critical tasks on the delivery schedule and the pipelines needed to deliver. Our relocation centre is fully supporting and coordinating teams on their journey to safer places, and our corporate psychological support centre is providing psychological help.

There has been a lot of discussion about the immediate response from the industry. What are the key challenges the Ukrainian games industry will face in the long term?

Sergiichuk: The key risk for the industry, from the business perspective, is availability of teams.

Ukraine is home to lots of game dev R&D offices, including those of the industry’s biggest companies such as Ubisoft, Gameloft, and Plarium, among others. These companies employ over 10,000 Ukrainian game development professionals including programmers, artists, animators, game designers, and producers. Ukraine is a significant asset to the world’s industry.

From 2021 to now, the shortage of game dev professionals in the industry is around 20 per cent globally. Ukraine has always served as a reliable 'back office' to the world’s industry. If it becomes unavailable, this will cause serious pauses in the product releases and production plans worldwide.

So, first and foremost, it is essential we protect Ukrainian talent. This is a challenge - our biggest hubs used to be in Kharkiv and Kyiv, and both cities are under daily bombing. We must also guarantee proper backups for those who cannot work - increasing the capacities with the international teams.

What is more difficult is guaranteeing stability for our Ukrainian professionals, in terms of work and payments, and access to a minimum set of work equipment.

Natalia Kuz: Our key priority right now is keeping the ball rolling. Our projects must keep going, the games must keep being developed. We are responsible for the projects of some of the world’s biggest games studios, and we will not allow a slowdown in the industry.

We understand that, at the time of war, it is very hard to concentrate and put the projects together. So we just wish to lead by example and encourage all the other amazing studios from Ukraine to keep going and keep moving forward. The industry needs our talents and Ukraine needs a strong economy backed by the games industry.

You’ve mentioned maintaining workflow, what additional support has iLogos put in place to sustain this whilst protecting each team member?

Sergiichuk: First off, our 24/7 relocation and employee support centre helps our teams by tracking the safe routes and free roads that are not shelled yet, providing support with transportation and accommodation, and gathering and systemising all available information about volunteer services to coordinate and provide support across the EU. It even serves as an ad-hoc inquiries board for requests including releasing a cat trapped in an apartment in the bombing epicentre!

Kuz: As a studio that has been practicing remote work for more than eight years with international teams, we already have a working remote pipeline. Given that the war in Ukraine has been going on since 2014, this internal infrastructure has also been built to continue stable work.

In some teams, rotations and temporary replacements were carried out in order not to break deadlines or stop the production process, and to allow people from active war zones to save their families and lives. This was possible due to the presence of strong and skilled professionals who can easily start work with a new team and project.

What were the most important elements in securing your new workflow?

Minaiev: In terms of pipelines and process during the war, the most important thing is to monitor all employees and resources per project on a daily basis. This necessitates fast decision making from our resource team.

We have a global resource map of talents per project and their availability on a daily basis, and understanding the backup needs from our international teams – such as expertise, workload, availability, and work equipment access. This requires constant contact with all vendors abroad in order to use their resources in ad-hoc mode.

We have also temporarily changed the focus of our HR departments to support our existing talent with the necessary wartime resources and information. But, despite the war, we are still continuing to hire new talents to our teams. Although, of course, this process has undergone some changes.

Centrally, we’re a mature and experienced company, so it’s essential we continue to share ongoing updates with all of our clients and partners.

Support us, believe in us, and provide help for people from Ukraine where you are

What continued involvement do you want the global games industry to maintain with Ukrainian studios at this time?

Sergiichuk: The most important involvement the global games industry can demonstrate is to keep developing games with Ukrainian studios! Most studios are taking huge efforts to establish new hubs in Europe, with most successfully relocated, and are now eager to take over the new projects.

There are many existing means through which we can show our support. What else would you like to see the global games industry provide?

Sergiichuk: Just be with us. Support us, believe in us, and provide help for people from Ukraine where you are. Also, it’s essential we TALK about this war and highlight all Putin’s regime crimes in as many ways as possible.

Here are some easy ways to help us: