Vertical shooter, eBayrakatar, can be played in the app which also allows users to donate to armed forces, provide information on Russian troop movements, and digital ID at checkpoints 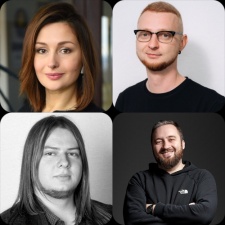 Ukrainian games iLogos Games Studios has added a mobile game to the Ukrainian government portal and mobile app as part of a voluntary project to support the government’s efforts against the Russian invasion.

iLogos and other games studios were approached by the Ministry of Digital Transformation to develop a game for the DIIA app, which has over 13 million users. As the Ukrainian government web portal app, DIIA can be used digital ID at checkpoints, provide information on Russian troop activity, donate to the Ukrainian armed forces, and provides access to DIIA TV and DIIA radio.

iLogos chose to develop eBayrakatar, a vertical shooter using 3D assets in which players control a Bayrakatar, an unmanned aircraft, inspired by real footage taken from Bayrakatar units. Iryna Chubur, iLogos head of communications, stated: “We believe our game was chosen as we wanted to make a 3D game that emulated the images and videos from Bayrakatar we’ve seen on social media.

“We wanted users to have the experience of a Bayrakatar operator and a similar sense of control.”

Initially, DIIA intended to add a 2D game to the app, but iLogos were keen to include 3D elements. Nikolay Minaiev and Dmitry Gedz, iLogos CEO and technical manager, respectively, jointly commented on the technical challenges in bringing a game with 3D assets to a portal app: “How to develop a new game with minimum file size, running on limited capacities, with a quick turnaround and without compromising workflows.

“After the first call, we immediately started the game-design document, choosing a LowPoly style – something visually beautiful and graphically simple. Next, the logic of the project and all the game's functionality were prescribed: moving the enemy's sight, explosions, destruction, and calculation of shells, among other elements.

“Finally, with all of these elements in place, we created a UI for the game. The first big edit came very fast. We felt it was necessary to make the UI similar to the real management console and camera feed of a Bayraktar. Much had to be edited quickly, as the Bayraktar has a black-and-white camera. We had to repaint all the textures, invent the new UI scheme, and assemble it with maximum space savings because the build must be slight.”

Development was completed in only five nights, involving six specialists from iLogos and an external contributor, with a further six days working with the DIIA in integrating the game into the app.

Despite the additional strain on the app, Yevgeniy Gorbachov, chief product officer at DIIA, commented: “We were able to integrate Unity into our technology stack to ensure as significant a performance boost with a minimal increase in application memory.

“One of the central challenges was ensuring the game worked on all mobile phones, from Android 4.4 and iPhone 5 to modest handsets. It was important to us that it was available to all users, regardless of the device.”

A symbol of Ukrainian resistance

Released at the end of March, eBayrakatar has since played by more than 1.8 million users, and Gorbachov noted: “Taking into account the game’s success, we will most likely consider adding more games to the DIIA. But as for eBayrakatar, perhaps we won’t have the need for it after the war: we will need to think about what benefits it will bring to Ukrainians at this point.”

However, Minaiev and Gedz stated that eBayrakatar may have had a larger impact that anticipated: “There are now many memes and jokes about the Bayrakatar on social media. It has become one of the symbols of Ukrainian resistance.

“We wanted to be an example and inspire other studios to be creative in helping our country, and support the people’s fighting spirit.”

iLogos previously spoke with PocketGamer.biz about maintaining full-cycle games production during the Russian invasion, and you can read about the support the wider games industry is providing towards Ukraine through this link.

How to balance time, resource deficit and session frequency to make a successful F2P game

Sponsored feature: iLogos CEO Alexander Goldybin on why demand for co-production is booming