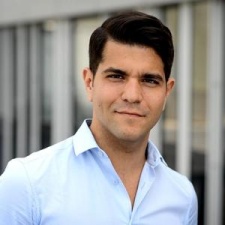 Bigpoint CEO Khaled Helioui has stepped down from the position after more than five years with the company.

He had previously worked at the German publisher as its Chief Games Officer before former CEO Heiko Hubertz quit in late 2012. Four months later Helioui was promoted into the role.

Bigpoint was acquired by Chinese publisher Youzu in March 2016, with Helioui continuing in his role until now.

He is being replaced by newly appointed Managing Director Brian Morrisroe, who previously held the role of Director of New Games at Bigpoint and has been with the company for nearly two years.

New investments on the cards

Youzu is now looking ahead to a new strategy with Bigpoint, and plans to release “a raft of important mobile titles” in Europe.

The Chinese publisher also hinted at plans to invest in new companies and studios as it expands its European presence.

“Our partnership with Youzu is already a success story, Lin Qi’s team support and trust in Bigpoint’s potential demonstrates they are indeed the best partner Bigpoint could hope for as it enters its next phase of growth,” said Helioui.

“I couldn’t be prouder of the commitment, dedication and passion our teams have shown over the last few years and have been consistently humbled by their trust and loyalty, especially in the difficult times we faced. Bigpoint has now not only the proper backing but also the best leadership team in its history to shape this industry.

“After more than five years with Bigpoint, it is time for me to pursue new, personal goals and entrust the team to take over and push Bigpoint to new heights.”