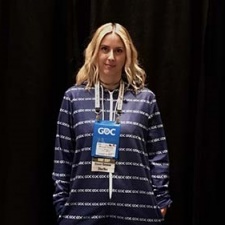 GDC General Manager Meggan Scavio is leaving after 18 years of being involved with and later managing the event.

Scavio’s first GDC was in 2000 and since then she has become an increasingly key part of the event.

She was appointed as Director of GDC in 2007, and in 2011 was named GM of GDC Events, a position she has held for the last six years.

Scavio plans to remain with GDC until June 30th 2017. She did not reveal what her next job might be.

No direct replacement has been announced.

“Over the years, I've held different roles within GDC but none as fulfilling as General Manager,” said Scavio.

“Having the opportunity to lead an incredible team and guide an event that's wholly community-focused has been fun and challenging and rewarding and complicated. Which is why it's so hard to say goodbye.”