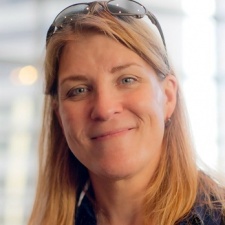 Kate Edwards has stepped down as Executive Director for the International Game Developer's Association (IGDA) after five years.

Under Edwards' stewardship, the IGDA expanded into Bangladesh, Egypt, Tunisia and a number of other locations worldwide.

She has also spoken out strongly against misogyny from sections of the gaming community, particularly from the so-called 'GamerGate' movement, as well as against the practise of crunch by game developers.

With Edwards stepping aside, the chair of IGDA's board of directors and CEO of Beamdog Trent Oster will be taking over on an interim basis. The search for a permanent replacement is underway.

“It’s been a great honour to help game developers from all walks of life, all over the world, succeed in our industry,” said Edwards.

“I want to thank the IGDA board, staff and all its members whose advocacy has made a difference for our community, and I look forward to following the association's continued success.”