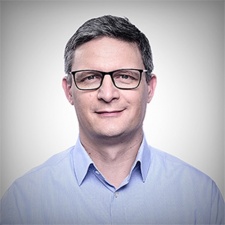 Geyer will take the reins from former CEO Tung Nguyen-Khac, who has left to pursue other interests after three years with the company.

Geyer has been the company’s COO for the past two years, working in senior positions for several games and online companies including SevenGamesNetwork and Splitscreen Studios.

He has also previously headed up business development at Bigpoint and was director of strategic partnerships at AOL.

“Spil’s web to mobile strategy has really started to take off and I’m delighted to step into this role at such an exciting time for Spil,” said Geyer.

“Our web portal data is a unique asset to identify the games people are playing, enjoying and engaging with the most. My number one focus will be on making great web IPs a reality on mobile.”

Spil Games founder Peter Driessen said: “Timm knows the company inside and out and I’m thrilled he’s our new CEO.

“His experience and skills at making things happen, as well as ensuring the strategy of the business is executed to maximum effect, will bring our mobile momentum to a new level.”

Jobs in Games: Spil Games' Franz Stradal on how to get a job as a VP of Content