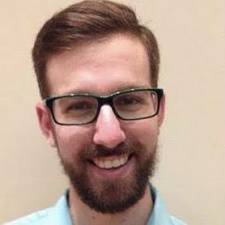 Cymet announced via Twitter (below) that he would be taking up the role of a producer with the Oakville-based studio.

Studio MDHR debuted Cuphead in September 2017 for PC and Xbox One. To date it has sold more than two million copies and won critical acclaim. Further DLC is set for the project, per an announcement on Microsoft's stage at E3.

Original Story: Eli Cymet has parted ways with Alto’s Odyssey developer Snowman to take up a new position at another studio.

Cymet spent two years with the Canadian mobile games developer and served as a producer on its recent release Alto’s Odyssey.

Before joining Snowman Cymet worked as a mobile games journalist for Gamezebo.

“It was an absolute pleasure having Eli Cymet on the Snowman team for the last two years,” Snowman CEO Ryan Cash told PocketGamer.Biz.

“We learned a lot from him, and, more importantly, had a ton of fun together. We’re sad to see him go, but we wish him all the best on his next adventure."

Announced as part of WWDC, the award recognises developers for their “ingenuity, smarts and savvy to build this year’s best apps for Apple platforms”.

In a recent interview, as a part of our Indie Spotlight series, Cash told us that Snowman (Team Alto) wanted something that “still very much felt like an Alto game,” but with elements enhanced when able.

“The biggest challenge for us, I think, was making sure that the game was just as accessible as the first one to someone who hasn’t played an Alto game before,” said Cash. “But is also being rewarding and satisfying to players who have beaten the first game.”