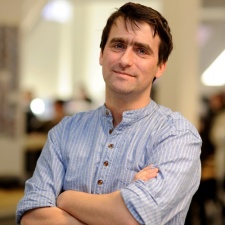 He’ll take up the role of head of studio and will be responsible for the management of the in-house development team.

Beyreuther has over 25 years of experience in the industry and has held roles at Candy Crush developer King and Drakensang developer Bigpoint.

"Thanks to the constant growth in messenger games, we can double the size our Instant Games team this year and at the same time add several senior positions," said Softgames CEO Alexander Krug.

"With over 30 years of development and team leadership experience, Bernd is the one to bring this expanded team together."

Softgames is currently working on five new titles for Facebook’s Instant Games, which will be released later this year.

Movement on Facebook’s Messenger platform has been ramping up in recent months. The platform opened its doors up to all developers in March and added in-app purchases in May.

Despite its potential, however, the opportunity is still flying under the radar somewhat.

Tripling your team - keeping your culture