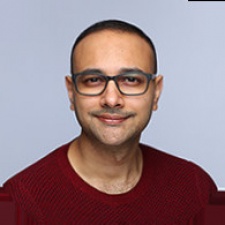 As well as working part-time as a consultant Tandon will be writing up in-depth product and UX analysis of F2P titles and apps over on uxreviewer.com. We’ll be publishing of few of these articles on PocketGamer.biz.

Prior to that he has also held roles at Gameloft, June Software and Trine Games, lending his expertise to projects such as Ice Age Adventure, My Little Pony, Disney’s Alice in Wonderland and Hardy Boys.

Speaking to PocketGamer.biz, Tandon said he now hopes to help studios of all sizes learn about industry best practices.

"With the recent boom in the games industry and cutting edge talent in disciplines like product, design and UX locked in top tier studios, I think this is one way for industry veterans to level the playing field,” said Tandon.

“It can help studios and teams of all sizes benefit and learn industry-wide best practices and improve their existing and future products and pipeline. I have had individuals and studios asking for guidance in the past, through this venture I intend to bridge that gap.”

Tandon was a speaker at PC Connects London 2019 in January. PC Connects, along with Pocket Gamer Connects, is heading to Seattle on May 13th to 14th. Head here for more details on the events.

Speaker Spotlight: The rise of UX with Om Tandon