Joins company co-founders Mike DeLaet and Matt Casamassina, and Mail.Ru founder Dmitry Grishin on the board. 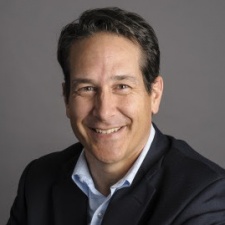 Chris Carvalho Member of the Board of Directors Rogue Games
August 29th, 2019 - 11:53am
By Craig Chapple, Senior Editor

US publisher Rogue Games has appointed former Kabam COO Chris Carvalho to its board of directors.

He joins company co-founders Mike DeLaet and Matt Casamassina, and Mail.Ru founder Dmitry Grishin on the board.

During his time at Kabam, Carvalho oversaw the company’s operational functions including marketing and PR, finance, business and corporate development. Various Kabam assets, including its Contest of Champions Vancouver Studio, were sold to Netmarble in a reported $800 million deal in 2016.

The rest of the assets, known as Aftershock, were later acquired by FoxNext, which is now part of Disney.

As well as now joining the Rogue Games board, Carvalho also sits on the board at popular user-generated content-focused kids MMO Roblox.

"Per App Annie, there are approximately 2,000 developers whose games generated $5 million or more of revenue last year,” said Carvalho.

“I believe Rogue Games has the expertise to significantly ‘level up’ these teams and, as importantly, find new studios who are creating innovative gameplay but need a collaborative business partner to help them achieve their business goals.

“I worked with Mike at Kabam and am excited to help support his start-up and his growing team translate their deep gaming knowledge into making indie developers very successful."

Earlier this year Rogue Games raised $1.25 million from investors to help the company scale up its business and hire more staff.