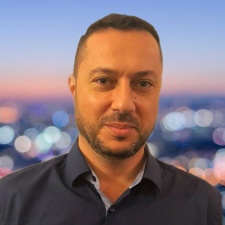 Ambitious mobile developer Scopely has hired Daniel Freireich as one of the firm's president of games.

Previously, Freireich acted as the managing director at social casino operator Product Madness, before the firm was acquired by Aristocrat Gaming.

His key goal will be to increase Scopely’s casual games business while growing the company’s portfolio of titles.

Alongside this, the studio has expanded its presence into Europe by opening a new office in London.

“Daniel is an incredibly talented leader, a strong believer in teamwork, and I can’t wait to see the impact he will have at Scopely,” said Scopely co-CEO Javier Ferreira.

“He will focus on expanding the types of games we create and building more world-class teams at Scopely. With a new office in London, a city that is home to some of the best games talent from across the globe, we’re thrilled to further build our presence in Europe.”

Freireich added: “I’m thrilled to join the adventure with a fantastic team around the world and support Scopely's ongoing growth momentum.”

Scopely recently closed a Series D round of financing, raising $200 million, taking its total funding to over $450 million.