He will oversee the Diablo franchise 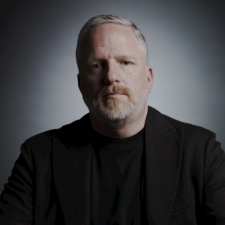 The Coalition studio head Rod Fergusson has accepted a new job with Blizzard.

As announced on Twitter (below), Fergusson will leave the Gears of War developer in March to oversee Blizzard's Diablo series.

Fergusson was part of The Coalition back when it was known as Black Tusk Studios, having joined in 2014 when Microsoft first acquired the rights to Gears of War. He has been part of the company for more than six years.

Fergusson oversaw production of the original Gears of War trilogy during his seven years at Epic Game from 2005 to 2012. He also had a four-month stint as the studio head for 2K between September 2013 and December 2013 and held the role of executive vice president of development at Irrational Games for just over a year

Starting in March, I will join Blizzard to oversee the Diablo franchise. Leaving is bittersweet as I love our Gears family, the fans, and everyone at The Coalition and Xbox. Thank you, it has been an honor and a privilege to work with you all. pic.twitter.com/0FuO3RFYSQ

In 2018, Blizzard revealed its first major mobile title Diablo Immortal - to say it was met with an unfavourable reception would be an understatement. A new video for the game was released in November 2019.

Reportedly, the new title has been designed with the Chinese market in mind.