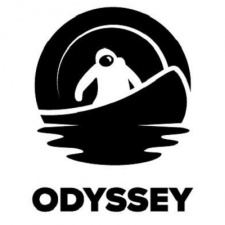 A new Canadian-based mobile games studio has been established under the name Odyssey Interactive after raising $6 million.

The seed round of investment was led by Andreessen Horowitz, Golden Ventures, and A16z Cultural Leadership Fund, as well as from several angel investors including Eros Resmini, Kevin Lin, Steve Chen, and Paul Della Bitta. The funding will go towards building the studio and creating a small team, alongside the development of several games.

Odyssey Interactive will be headed up by former Riot Games product lead Richard Henkel, who will take up the role of CEO. Another product lead and strategic advisor from the company, Dax Andrus, will act as president, while Riot design lead on League of Legends David Capurro will move to chief commercial officer at the new studio.

Next to this, former Netflix senior fullstack engineer Eric Lawless has been appointed as the chief technology officer. Before joining Netflix, Lawless spent nearly three years at Riot as an engineer and software architect.

"Starts with the community"

"As a team, we've had the privilege of working on some of the largest PvP titles in the world - League of Legends and Teamfight Tactics - and we're anxious, excited, and even a little bit terrified, to try and create a spark of the magic we felt working on and playing those games," said the Odyssey Interactive founders in a joint statement.

"Ultimately It all starts with the community, and we can't wait to be able to start talking with players from around the world in the next few months as we strive to build some of the best games for them, with them."

The studio's design philosophy will focus on making games that give players an "emotional connection" with others, on top of creating a "positive cultural impact".

Odyssey Interactive is now hiring for a number of remote roles and intends to launch its first game by the end of 2021.