"I am thrilled to be joining Glu, especially at a time when more people than ever before are turning to mobile games for entertainment" 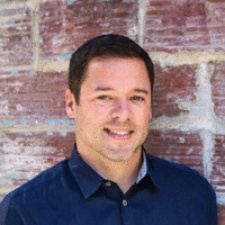 The exec joins San Francisco-based firm from fan engagement company Taunt, where he served as the CEO. Before that, the 20-year veteran worked for PopCap Games, during his time there, David was the vice president of social games.

"I am thrilled to be joining Glu, especially at a time when more people than ever before are turning to mobile games for entertainment, connection and creativity. I'm looking forward to being a part of the world-class Glu team and its creative culture as we build phenomenal games for our players to enjoy," said David.

"During a time of strong growth for the organization and as we continue building towards a successful future driven by creativity, I am pleased to welcome Jon to Glu. We've established a leading position in casual games for the mobile market, and I look forward to leveraging Glu's expertise along with Jon's leadership to expand the company's position in the category," said Glu president and CEO Nick Earl.

Glu executive vice president Mark van Ryswyk added: "Jon joins Glu at an exciting time as we incubate the next generation of casual games for the organization. With his extensive background in creative direction and studio leadership, I look forward to partnering closely with Jon to accelerate that mission."