Alan Ngai will step into the role of COO 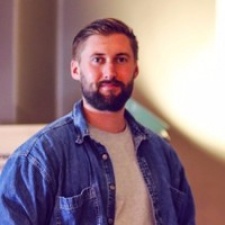 Before taking the chief exec role, Curran was the head of growth at Bidstack, where he was responsible for both scaling and aligning the commercial and development teams.

"Pubguard is one of the most recognised companies in its space and has brought great value to Bidstack's in-game offering since the acquisition last year. The company has now been fully integrated into the group, ready for a relaunch, and this coupled with the recent shift in market dynamics means now is the perfect time to ramp up and scale to fulfill its massive potential for growth," said Curran.

However, Curran is not the only member of staff to step into a new position, as Alan Ngai will now serve as Pubguards COO. On top of this, Ngai will continue his work on leading Bidstack's programmatic product development.

"Having worked in ad tech for almost 10 years, the Pubguard role is a unique opportunity to help tackle an ongoing issue that has plagued the industry since I started working in the programmatic space. I'm excited to be a part of this company's future successes," said Ngai.

A bit of advice

Meanwhile, Pubguard founder and former CEO Justin Wenczka will step into an advisory role, as he seeks other opportunities.

"I'm incredibly proud of my work taking Pubguard from a conversation to a pre-sold, VC-backed, PLC-exited company. This was a massive achievement for everyone who contributed throughout the years, and I'm confident that the Bidstack team can now take Pubguard to the next level. I'm looking forward to new projects on the horizon for myself, and I'm very happy to be advising a diverse range of executives and investors moving forward," said Wenczka.