"I am very excited to share that I am joining the super talented team at East Side Games, as Lead Game Designer" 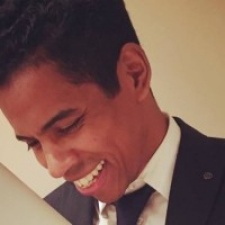 As announced on LinkedIn, Loen has left the world of Production to dive into the realm of game design.

Previously, Loen worked for King, where he settled for just over two years. In his time with the Candy Crush Saga creator, Loen worked as a producer for the franchise before moving on to be a senior manager for VIP initiatives.

Loen has also worked as an executive producer for My Town Games, and as a director of product for Hyper Hippo Entertainment.

"I am very excited to share that I am joining the super talented team at East Side Games, as Lead Game Designer," said Loen.

"After seven years in Production I now have the opportunity to dive deep into Game Design, and I couldn't be more excited.

"My goal is always to make badass games with amazing people in a great culture, and ESG is 100 per cent the place for me to do that. This is also a great opportunity to learn every day."

Last year, East Side Games partnered with FX Networks to work on Archer: Danger Phone. The company also teamed up with Sony for The Goldbergs mobile game.