Rix's addition marks the expansion of a second development team 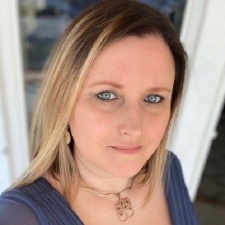 After previously entering the industry through Realore Studios as a marketing director, Rix then moved to become an associate game producer at Big Fish Games.

Rix then left as a senior game producer following a decade at the firm, contributing to more than 150 titles, including Mystery Case Files: Fate’s Carnival, Mystery Trackers, Midnight Castle and Cooking Craze.

At Big Run Studios. Rix will lead the team's vision, creation and production on a new casual competitive title, with her addition marking the expansion of a second development team.

"Big Run Studios’ capability of rapid prototyping combined with its admirable mission of creating cutting edge games for traditionally underserved audiences is what makes this opportunity so unique and special," said Rix.

"I empathise with our core audience of diverse female players and am excited to help lead the brand’s strategic vision and introduce new ways to play."

Big Run Studios CEO and co-founder Andrew Bell added: "We’re thrilled to have Anna’s talent on the team as we continue our momentum and positive growth. Anna’s impressive track record and expertise will further shape our game development strategy of bringing best in class casual competitive games to players worldwide in 2021 and beyond."

Outside of the currently unannounced title that Rix is working on, Big Run Studios has four games on the App Store: Blackout Bingo, Big Hearts, Big Run Solitaire and Farm Sweeper.