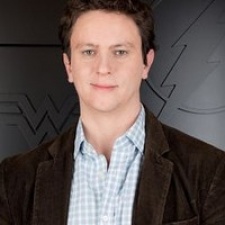 Rovio has appointed Ben Mattes as its SVP for future of gaming and Angry Birds brand strategy.

Throughout his career, Mattes has worked on both mobile and console IPs.

Previously, Mattes has worked for games giants such as Ubisoft and Warner Bros Games Montreal, where he severed as creative director and executive producer, respectively.

"Ben will be a great addition to our skillful leadership team," said Rovio CEO Alex Pelletier-Normand.

"As one of Rovio's strategic focus points is to drive long-term growth, Ben's know-how on market trends shaping the Future of Gaming will contribute directly to our growth strategy.

"I'm thrilled to welcome Ben to the team."

Besides Mattes, Rovio's CMO, Ville Heijari, will also take on new responsibilities by becoming the lead for business development and brand licensing.

On January 1st, Pelletier-Normand took on the chief executive role as his predecessor, Kati Levoranta, stepped down at the end of last year.