"Every day working with this team is a privilege, and I can't wait to see what lies ahead" 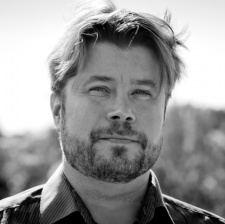 As confirmed via LinkedIn, company co-founder Petri Järvilehto has taken over the chief exec role from fellow Seriously founder Andrew Stalbow, who held the role for more than seven years.

"Glad to share that I've taken the point responsibility as the CEO of Seriously Digital Entertainment," said Järvilehto.

"It's been an amazing journey so far building up the company with Andrew for the last seven years, and while he's now starting to focus on other things, the friendship over the last decade is built to last.

Seriously is well known for its Best Fiends franchise, which has grossed $295 million as of November 2019.

"With Seriously, while we've reached a large audience already, it still feels like we're just getting started," said Järvilehto.

"We're constantly learning new things, and most of all, we have an amazing culture and people that keep exceeding themselves over and over again. Every day working with this team is a privilege, and I can't wait to see what lies ahead."