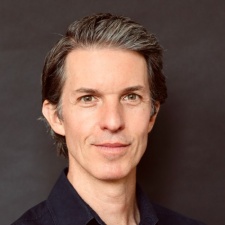 Slinn previously worked at Pogo/Electronic Arts and Yahoo Europe before joining the social giant, where he headed up its EMEA region for games as well as building out the Facebook Gaming creator program. Now based in Switzerland, Slinn will report to chief business officer Chris Petrovic, who himself joined FunPlus from Zynga in late 2021.

With more than 2,000 staff and offices in Spain, Sweden, Russia, United States, Singapore, Japan and China, FunPlus is best known for its strategy titles: State of Survival, King of Avalon, and Guns of Glory.

"We’re delighted to welcome Bob to the team in a leadership role that is truly integral to supporting the ongoing growth and success of the company," said Petrovic.

"Our recent IP partnerships and studio acquisitions are only the beginning, and I look forward to working with Bob and the rest of our global business development team as we look to cement FunPlus’ status as a global leader in gaming and interactive entertainment."

Slinn added: "I have been incredibly impressed by the vision that FunPlus has with gaming at the centre of an interactive entertainment future. This level of ambition coupled with a strong focus on execution and making games that people love is a winning combination and makes FunPlus a company I feel privileged to be joining."