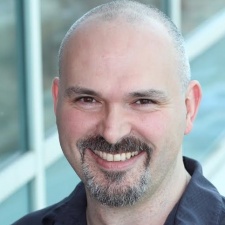 Ceraldi acted as president and CEO of Canadian indie mobile games studio Hothead Games for seven years, before moving to director of development and live operations. Prior to Hothead, Ceraldi served as executive producer at Radical Entertainment for seven years.

For the past decade, Hothead has focused on developing mobile games exclusively, including Idle Golf Tycoon, Mighty Battles, and Kill Shot.

At Offworld Industries, Ceraldi will oversee the day-to-day operations and direction strategies, as well as its PC shooter portfolio, such as Post Scriptum and Beyond the Wire.

"It’s with great pleasure that I take on this role - Offworld’s independent origins mirror my own in so many ways that I felt an immediate kinship with the studio," said Ceraldi.

"I look forward to applying my decades of industry experience to help elevate the studio and bring an increased level of excellence and growth to our fantastic catalog of current and future titles."

Offworld chairman and former CEO Will Stahl commented: "Vlad’s stellar track record with managing studio growth and development is the perfect fit for us. We are confident that Vlad’s wealth of leadership and live-service games experience will be invaluable in helping to refine our strategic vision moving forward and ultimately level up our efforts across the board."

In recent job news, Kabam has appointed Seungwon Lee as its CEO. Lee comes to Kabam from its parent company Netmarble where he has held several positions throughout an extensive career, including VP of corporate strategy and later co-CEO.

How to get a job at Canadian powerhouse Hothead Games