Earl will advise on business and content strategy, and more 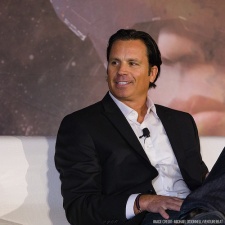 Social mobile games firm AviaGames has appointed former Glu mobile president and CEO Nick Earl as a senior advisor on its board of directors.

Earl brings almost 30 years of games industry and leadership experience from the likes of Glu Mobile, EA, Eidos, and Kabam. Whilst at EA, Earl served as SVP of EA mobile and oversaw the release of multiple leading mobile titles, such as The Simpsons: Tapped Out, and The Sims FreePlay.

Earl departed from Glu Mobile in August last year alongside COO Eric Ludwig, four months after the studio was acquired by EA for $2.1 billion, which he helped oversee.

At AviaGames, Earl will advise the firm on business strategy, product and game content strategy, as well as game portfolio and game studio management for its social competition platform, Pocket7Games.

"I am beyond thrilled to join the AviaGames’ team, playing a role in the company’s next phase of growth," said Earl.

"AviaGames is uniquely positioned to advance casual mobile gaming through the continued development of its Pocket7Games’ technology platform and unique approach to social competition that allows a diverse set of players to have fun playing the games they love and win cash prizes."

AviaGames founder and CEO Vickie Chen commented: "“Earl’s leadership and gaming development experience augments the AviaGames’ team at an integral time in the company’s growth. Tapping into Earl’s expertise provides a vital perspective as we navigate the unprecedented growth of the mobile gaming landscape."