Galaxy Interactive appoints Ryan You as co-head of gaming division

Will also operate as partner and managing director 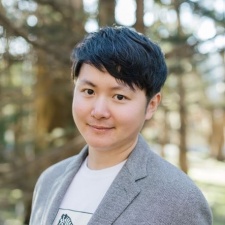 Venture Capital firm Galaxy Interactive has appointed Ryan You as partner, managing director, and the co-head of the firm’s gaming division.

Throughout his career, You has been an advisor to a wide range of games related companies, including mobile, console, and PC platforms across both the west and in Asia.

Additionally, prior to joining Galaxy Interactive, You had acted as an independent advisor on several of the VC firm’s investments, including AviaGames.

At Galaxy Interactive, You will be tasked with strengthening and expanding the firm’s global operations.

"Galaxy Interactive has a very strong team of experts in traditional gaming, technology and web3/blockchain," said You.

"I’ve known the Galaxy team awhile now and everyone who has worked with them has nothing but the best things to say about them. While already one of the biggest funds in the industry, it still feels like a startup with massive growth potential. I think now is the perfect time to join the team."

Galaxy Interactive has over $650 million in assets under management across its two funds and has invested in over 100 companies, including Elodie Games, Immutable, Genvid, and Lucid Sight.

Galaxy Interactive general partner Sam Englebardt commented: "Ryan’s deep experience working with game studios and the breadth of his industry relationships across the globe make him the perfect candidate to help manage and expand our business during this period of tremendous growth. He’ll be an invaluable resource to our existing portfolio and to the many new studios that we invest in together in the years ahead."

Earlier this week, AviaGames announced the appointment of former Glu Mobile CEO Nick Earl as a senior advisor on its board of directors.