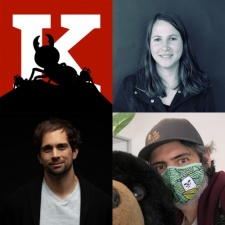 Murphy has been with Kongregate since 2014 and has held multiple senior level positions across the engineering time, most recently serving as its senior vice president of engineering.

In his new role as chief technology officer, Murphy will be responsible for all technology functions and engineering resources that relate to Kongregate’s blockchain gaming platform.

Shaw joined Kongregate in 2016 and was responsible for overseeing its marketing and user acquisition initiatives, most recently as senior vice president of marketing. Prior to Kongregate, Shaw held positions at Gameloft and Wikia.

The most recent of the three to join Kongregate and a games industry veteran, Moran will move up to chief product officer from vice president of games.

In the new role, Moran will lead the strategic direction and execution of Kongregate’s mobile games first-party business operations. Prior to joining Kongregate in 2019, Moran held positions at MobilityWare, BioWare, Disney Interactive Studios, and Amazon, among others.