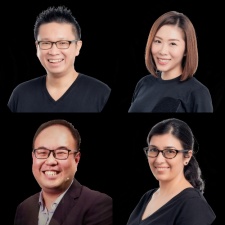 As reported by Stockhead, the new members of management include executives from iCandy subsidiaries Storms and Lemon Sky Studios, two recent iCandy acquisitions.

Storms CEO David Yin will be joining the iCandy Group team as the president of Web3 gaming and will leverage his decades of games tech experience to drive the firm’s Web3 operations.

Gulati will be joining the iCandy management team as its chief strategy and project management officer. Gulati is currently the vice president of platform, tech, and strategy at Storms and has over 10 years of experience in corporate and management consulting.

Juay, who is currently the vice president of B2B at Storms, will be joining the iCandy team as its chief marketing officer. Juay specialises in the growth of mobile businesses and was the former CEO of location-based dating app Paktor.

The final iCandy appointment, Chin, will join management as its financial director. Chin is currently the chief financial officer of Lemon Sky Studios and will bring 15 years of finance experience.

The newly appointed team members will all remain in the current roles alongside their new positions. iCandy has stated that it believes that these appointments are in line with the group’s future-forward vision and mission.