Brings over four decades of experience, including leadership roles at Jagex, Codemasters, and Activision 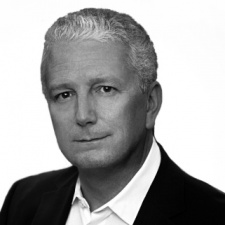 Social casino games publisher Huuuge Games has revealed the appointment of Rod Cousens as its co-CEO.

An industry veteran with over 40 years of experience, Cousens has previously held positions as the chairman and CEO of Jagex, CEO of Codemasters, COO and later CEO of Acclaim Entertainment, and UK managing director and later president international of Activision. Cousens is currently a senior advisor to VC firm Raine Group.

Cousens, who is already a member of the Huuuge Games board, will share the new role with current CEO Anton Gauffin. Together, the two will lead the company’s strategy and focus on new projects, as well as supporting the firm’s existing portfolio of games.

"Having worked with Anton and the company for the past few years, I have gained a good understanding of the business, the organisation, consumers and investors," said Cousens.

"I strongly believe in the team and Anton’s vision. I look forward to working alongside Anton and the Huuuge team in delivering the company’s strategy and building a sustainable future."

Commenting on Cousens’ appointment, Huuuge Games founder and co-CEO Gauffin added: "The opportunities before us have never been so clear, while the current reality has never been more complex. As such, I have made the decision to bring in extra firepower.

"Rod has been a long-term advisor and board member of Huuuge. His 35+ years of experience as a gaming executive are unparalleled, and I’m very excited to be partnering with Rod and working alongside him and the rest of the team to take Huuuge to the next level."

In line with the upper management changes, the Huuuge Games board has been expanded to six members to include Tom Jacobsson as a new independent non-executive member of the board. Jacobsson will take over Cousens’ role on the board’s audit committee, as well as its remunerations and nominations committee.

Both executive and board changes came into effect from April 7 2022.