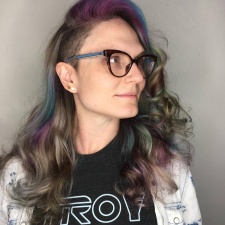 Publisher Annapurna Interactive has announced a number of new hires to its internal development studio towards a new project.

The studio, first announced in October 2020, is to be led by game director Chelsea Hash, who has previously been involved with Annapurna-published games such as Solar Ash and What Remains of Edith Finch.

Whilst details of the new project are yet to be announced, Hash will be joined by technical director Brett Lajzer, senior producer Evan Hembacher, art director Cosimo Galluzzi and environment artist Nate Grove to lead its development.

Between them, the team has worked on numerous titles and projects from the multi-award-winning Hyper Light Drifter to Childish Gambino’s immersive concert Pharos. As the studio continues to develop, it is still looking to hire 3D art, animation, VFX and technical design roles.

"We’ve worked closely with the people at Annapurna Interactive for years and this was an exciting next step for us to be able to integrate with the team," said Hash. "We are working toward a special new experience and look forward to revealing more details."