Carroll has been appointed as head of business development, as Double Coconut presses on with NFT-powered games 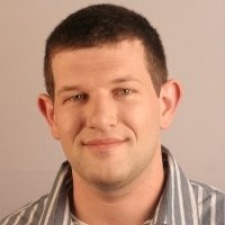 In an effort to expand its Web3 development expertise, game developer Double Cocount has hired Rob Carroll to lead their business development team.

Carroll is an industry veteran with 17 years of experience in the games industry, having worked with companies such as Zynga, LucasArts, and Tapjoy, and most recently helped launch the $Ruby utility token on the Binance Chain Network.

David Fox, CEO of Double Coconut, stated: “I’m so proud of the social and mobile titles we’ve helped craft for our clients and most of all, of the spectacularly talented team we’ve built. The addition of a seasoned renaissance man such as Rob is a great leap to help us become a premiere studio focused on the cutting edge of game design and development.”

Carroll added: “So many studios are looking for experienced developers to help bring their games to market. It’s amazing to have such a strong team available to ‘power up’ as a unit and take on the challenges that new blockchain gaming bring.”

Double Coconut has worked on such titles as the mobile version of blockchain game Splinterlands and the skill-based gaming platform Play With Brio. The company are currently working on two more NFT-powered games for their clients in the Trading Card Game and Auto-Chess genres, having previously created successful games for clients such as WB/Ellen Digital Ventures, Draftkings, and Cartoon Network.

Earlier this year, Fox spoke at GDC about the best practices of utilising battle passes in F2P titles.