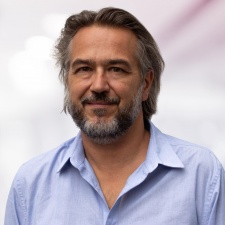 Gamigo has announced that Christian Streil will be joining them and has been appointed as the new director of marketing.

Christian Streil will be making the move from MSM digital brandmates where he held a deputy managing director role, he has also gained experience working for other companies such as flashpoint AG, Dreamcatcher Europe, Warner Bros and Activision. Streil, in fact, has previous experience in working with Gamigo and their games such as Aura Kingdom and Grand Fantasia, as back in 2015 he held the mantle of head of product marketing and communications for Aeria Games who are part of Gamigo group.

Gamigo which was founded back in the year 2000 is a publisher of online and mobile games, their headquarters office is based in Germany Hamburg but they also have offices in Berlin and Darmstadt. Beyond Germany they have branches in Austin and Bellevue in the United States and Seoul in South Korea. Gamigo's diverse catalogue of games includes online free to play titles such as action MMO Trove and harvesting mobile game Fantasy Town.

Speaking on the new position of director in marketing Christian Streil said “I am delighted to join Gamigo as Director of Marketing. I can't wait to work on Gamigo's portfolio which is characterized by a unique mix of online and mobile games – both existing games and the exciting titles in the pipeline for all platforms.”, he went on to express his enthusiasm about the role saying “I look forward to playing a part in the future success of Gamigo in my new role, together with my team of industry professionals.”

Andreas Weidenhaup, COO at Gamigo also commented on the future of the company and the experience that Christian Streil will bring by saying “We have big plans for Gamigo and the titles we will publish within our portfolio strategy. With his extensive marketing experience, Christian Streil brings exactly the right mix of expertise we need to make these titles a success."

Gamigo has previously voiced its opinions on environmental substantiality and what part its growing company can play.