Opinion: Why your game needs to load within 30 seconds

While the main focus of our regular Moneti$er column is the analysis of F2P monetisation techniques, we also like to take a holistic approach.

After all, the best monetisation techniques are useless if no one actually plays your game because it has a poor user experience or they can't work out which menu goes to the store.

In that context, I've taken a quick look at game load times.

My reasoning is because I play a lot of games - see my Diary of a Promiscuous Gamer - I've noticed my preference for playing some titles is influenced by how long they take to load.

So, being a numbers-sort-of-guy, I decided to stick some numbers into a spreadsheet.

My methodology was simple. I'd time how long it took to boot up a game on my iPad 3 - yeah, it's the one lacking RAM, but that's the same for all the games I'm measuring.

In terms of process, I worked through the sequence of games that I was playing, timing each from icon launch to gameplay; also calculating an average across of each session in case local conditions such as my wireless connection, RAM etc was having an impact.

Family Guy: The Quest for Stuff  is the fastest game to load.

The first thing I noticed was that many games take a cunning approach to loading. They will load what looks like the game screen, but actually the game isn't yet playable.

For example, Boom Beach looks like it's loaded but then smoothly zooms into your base, adding a couple of seconds to the overall time.

This made my process more complex as I was looking to measure the time it took from hitting the icon to the game actually being playable.

A vital connection is made

Another surprise was the variation in load times. Obviously there are different approaches to loading a game, especially in terms of the technical aspects of connecting to a server and exactly what is loaded when.

Still, both Zynga's FarmVille 2 and EA's Dungeon Keeper  seem to have particular issues in terms of the time it takes to load.

Dungeon Keeper  was the slowest performer, and was the only game not to load everytime. Indeed, it crashed twice and launched a 'Reconnect' button which I had to press to restart the process on another two occasions.

(These can be seen by the two peaks on its load time graph.)

Dungeon Keeper  is also strange because as you load the game it launches a little imp you have to slap before it will complete the load. Presumably this is a way to limit server bandwidth costs.

Dungeon Keeper  was by far the worst performer.

Zynga's FarmVille 2 was the other game that struggled in terms of load times, although from the trajectory of the graph, it's clear the company is trying to improve the situation.

Similar to Dungeon Keeper, FarmVille 2 has a two-stage loading process, although in this case it loads your farm objects in stages and then fires up a final splash screen, which adds a couple of seconds to the overall time.

Again, I can only think it's a bandwidth control issue.

So, looking at our graph, which measures 10 load times for five games, it's clear that TinyCo's Family Guy: The Quest for Stuff  is by far the fastest game to load - typically around 10 seconds.

Boom Beach  is fast - just under 20 seconds - while Game of Thrones  is also dependent on the quality of wireless connection. After all, it is a cross-platform web game.

As already discussed Dungeon Keeper  is the worst performer, and while FarmVille 2 is the most messy in terms of the user experience, its load time is decreasing.

The thick red line is the average of the five games and was plotted to show the variation in local conditions (wifi, available RAM etc).

In addition to looking at these five high profile games, I also recorded the load times of some other games I am regularly playing.

The average load times across ten sessions are shown in the second graph.

As is clear, most of them have load times of between 20-30 seconds, which the average of ten games each over ten sessions being 30 seconds (shown by the red line).

Interestingly, aside from Dungeon Keeper  and FarmVille 2, the only other game that was consistently above this average was Crytek's The Collectables, which needs to log into the Mobage social gaming network before it loads up.

As for my personal conclusions, it provided a solid context to my gut feeling that whenever I am settling down to play some games on my iPad, Dungeon Keeper and FarmVille 2 aren't the first titles I launched, whereas Family Guy and Boom Beach often are.

In that manner, I suggest you ensure your game loads within a maximum of 30 seconds and recommend that it's as close to 20 seconds as you can manage. 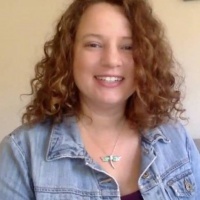 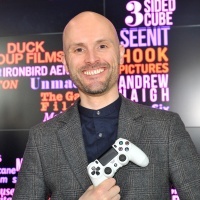 Reply
Simon Smith CEO at thumbfood
Good article though I agree I would have liked to see a little more depth.

Also I think an additional point is how long it takes from pressing the icon to engaging in gameplay, not just how long it takes to 'boot up'. The products you have featured are more long-session games so perhaps people don't mind a little longer load times if they are going to play for 30mins+?

Maybe a follow-up article on more short session games/time to gameplay would be interesting too? With these it's a lot more important to get to the gameplay as quickly as possible. There are plenty of games that throw in too many menus and loading screens, even Candy Crush can be accused of this.
Posted 6 years, 11 months ago

If I was a full-time researcher not a journalist...

Reply
Nicholas Lovell
I think load time does depend on the nature of the game. In my masterclasses, I encourage people to think about the rhythm they are aiming for: is it the check-in-quick of Hay Day on iPad or the "settle in a for a session" of League of Legends on PC. Depending on your platform, genre, audience and design, players will be more or less comfortable with slow load times.

I particularly loathe Xcom's approach to it on iPad. The load times are so long (significantly more than a minute) that I have activel avoided playing it, even when I was deep into it, because it made me so frustrated.
Posted 6 years, 11 months ago Reply
Marc Vaughan
Would have been an interesting article if it'd backed up the premise that you 'need' to load in 30 seconds with actual data regarding game sales and review scores.

I 'get' from common knowledge that Dungeon Keeper did badly - but to imply that is down to loading time would be far from accurate if you look at the reviews for the product, the vast bulk of comments are not about the loading time; but about the gameplay mechanics.

I do agree that loading time 'can' be a factor on games which are 'dippable' (i.e. short play periods) but how important at least partially depends on the addictiveness of the gameplay itself ... for my product the average time playing the game in a session is 28 minutes so the fact it takes 48 seconds to fully startup instead of 30 is irrelevant to most users because they're expecting to play the game for a reasonable period of time.
Posted 6 years, 11 months ago

Reply
jon jordan
I see the point, but nowhere do I argue-or even imply that the shortness of load directly correlates to commercial success. In fact, I don't think that's the case.

But I do think the longer your game takes to load, especially if it's over 30 seconds, then it becomes harder to attract a more casual audience, and it's likely that such a game's has a lower number of daily sessions than a game that loads in 10 seconds.

As for your point that your game's average session length is 28 minutes so load time is irrelevant, I totally disagree.

Load time is a psychological trigger - either for or against - loading a game, no matter how long someone expects to play for.

Reply
Kevin Browne
I'm with Marc - and I don't think he was slamming you, Jon, but merely saying he hoped for more. I too thought the title of the article suggested that you'd be making a convincing argument about load times leading to or hampering commercial success. It seems a worthy case to make (or not). I like that this pub, as a .biz, tries to focus conversations on design as an engine of commercial success.

All of this is to say, I love the Monetiser column - keep up the good work!
Posted 6 years, 11 months ago