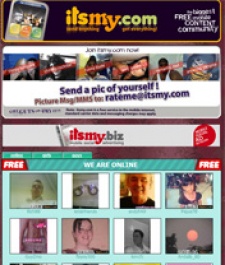 February 11th, 2009 - 03:30pm
By Stuart Dredge, Contributing Editor
Mobile social network itsmy.com has announced plans to launch a series of games as part of its service.

The games will be mobile internet based, rather than downloads, and include titles like Snowball Fight and Hide And Seek.

The games will be closely tied in with the site's core social networking features, judging by the announcement:


"Mobile browser based social games are the new revenue generators for the mobile business with a clear added value for the customer: have fun while playing games wherever you are and meet new people in a very entertaining and easy way."

The games are being launched along with other new improvements, including location-based features allowing users to broadcast their current location to friends, and beefed-up user profiles.