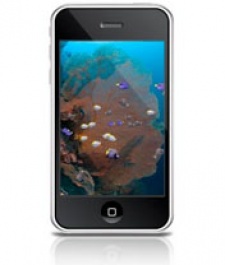 June 24th, 2009 - 11:19am
By Spanner Spencer
Getting Adobe Flash onto the iPhone has become something of a long and laborious story, without much of an ending - other than the fact that it's still not arrived and isn't on the horizon.

Developers and web designers could be in luck, however, as a new software start-up called Ansca led by two former Adobe engineers is preparing to launch an SDK offering Flash-like qualities to an iPhone development environment.

Dubbed Corona, this new software development kit offers a similar, less technical design framework that developers and web designers have enjoyed with Flash for quite some time, and will allow them a set of programming tools that give full access to the iPhone's functions (such as accelerometer, touchscreen, camera and more).

Games and applications are already being built using Corona, with developers stating it cuts down on their production time while others, such as web designers, are now able to program for the platform where they previously lacked the software expertise.

Currently the Corona SDK is free for early adopters of the beta version, which should help Ansca establish itself as a serious competitor should Adobe finally get Flash working on the iPhone. Head on over to the official site to find out more and to sign up.